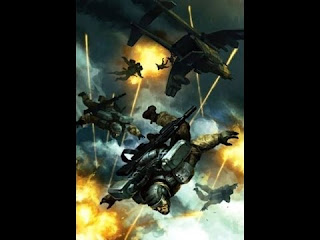 The Elysium Drop Troopers are being reviewed and combined into sets according the information I've received from the Community. We have a couple different reports on exactly Forgeworld has been saying, so check it out.,


These were sent in by readers here on Faeit 212

an email from another reader
I have further info on the Elysian Drop Troops that might be of interest. The Tauros Assault Vehicle has been temporarily out of stock for over ten months now. When I reached out to FW some months back they said that the mold was in poor shape and that it was slated to be evaluated for repairs at a future date.

Also of note is that many of the "popular" Elysian Drop Troop infantry models I have picked up from FW have had excessive flash due to worn molds, though the infantry models and kits that are less "popular" barely show any flash at all. Hope this adds some context to the situation but my opinion is they will have to decide if it's worth recreating the molds or scrapping the line all together.

Here is an additional response from Forgeworld dating back two weeks ago with additional details.