Deathguard Not Coming Soon as Expected 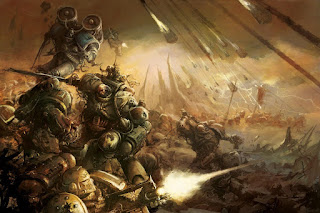 We have been expecting Deathguard towards the end of April or sometime in May. This may not be the case, as a source has chimed in saying that he is rather certain the release will not come until the last quarter of the year.


Please remember that until we get GW announcing anything, these are rumors.

We often get responses from sources, and this one, like all rumors, requires a grain of salt. I still hope for April/May, but as you will read below, that may not be the case.

via anonymous sources on Faeit 212
Just wanted to give some heads up on the Deathguard. The news is that Deathguard is more likely a
September-December release (i.e. end of the year)

Perhaps the Warhammer fest painting is a preview or they moved the release
date recently - take of it what you will, but apparently typhus is also
expected given kharn and ahriman (although I havent had an exactly
definitive answer on that).

Summarise - End of the year expected date for deathguard and yes there will
be the deathguard green paint along with it.