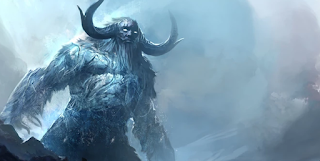 Something unique for the Fey Create a Faction contest today is a Humanoid cross-over race using Forbidden Knowledge. Cross over factions are those that use multiple Domain Books, creating opportunities for you to advance your faction using a combination of books (like humanoids and fey).

A race of Giant/Gods dedicated to War and Combat.
Therefore remember, distant peal of thunder may not just be arriving storm. It could mean Thunderlords march to war!


Thunderlords.
For some the true gods of war. For others the pure force of destrution. Unknow to all of them is the fact that Thunderlords represent advanced warrior society. To them war is the greatest honour and more personal kills mean bigger chance to get higher social rank. Thus, close combat is the prefered form of fighting for the warrior can take heads of slayed opponents as the evidence of his victory. Some warriors take to the battle enchanted items dedicated to the forces of Nature for good luck. And presence of Golems, living statues of their Dieties, is intepreted as a good omen, forseeing victory in the battle.

Therefore remember, distant peal of thunder may not just be arriving storm. It could mean Thunderlords march to war! 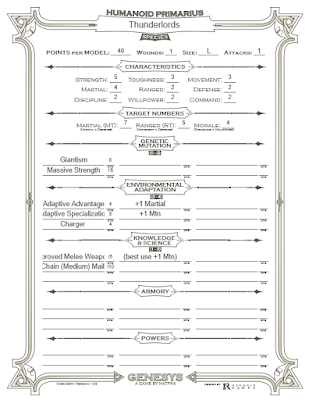 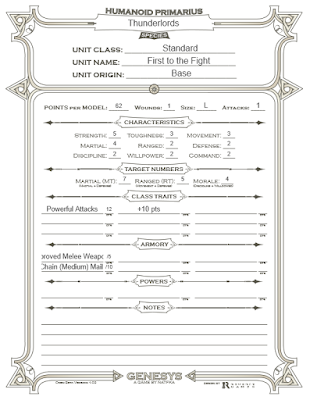 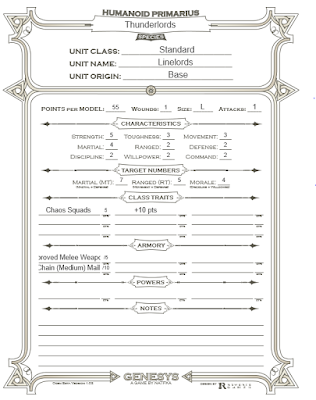 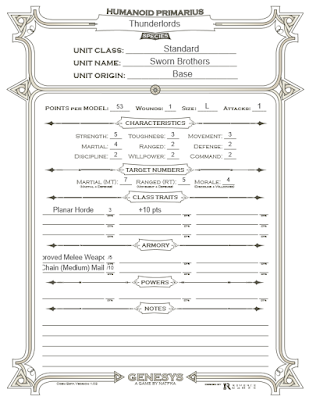 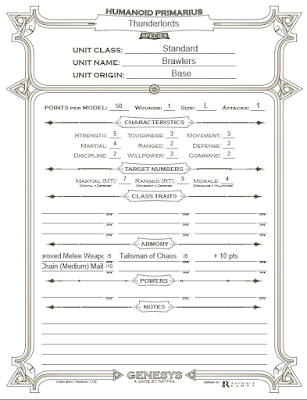 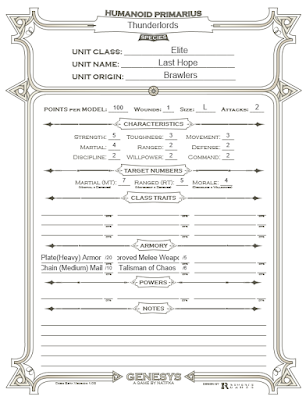 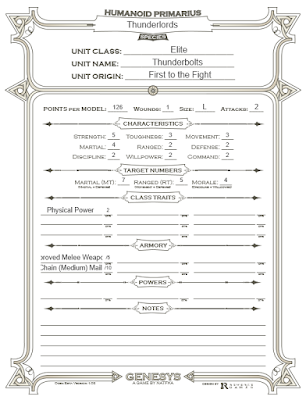 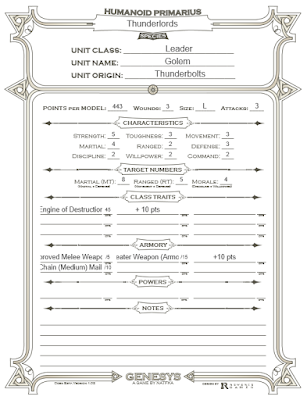 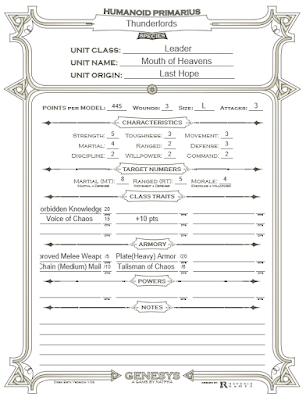 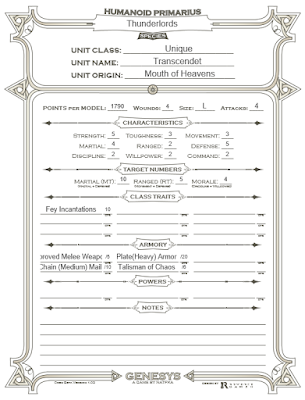