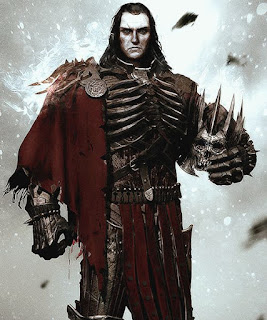 We've seen a good variety of factions created out of the Fey, and today's is again different from the others we have seen. The Feratu Legion are Outcasts, cursed Elves that turned to darkness to survive reality.

"For if God did not spare angels when they sinned, but cast them into hell and committed them to chains of gloomy darkness to be kept until the judgment ..."


Feratu Legion
When the Elves were banished for their arrogance from the Realm of Light, they created their own glorious civilization in the mortal realm, forever hoping for redemption. Lost to them them were times, when death meant nothing. As the conflict with other emerging races began, Elves found their salvation in the Light. But not for long.
Centuries of war took their toll. Elves were dying out and Heavens were as far as ever. So they have chosen to alter their destiny. They cursed their gods and turned away from the Light. They succumbed to the Darkness and in return were granted eternal life in Undeath.
Feratu Legion is the main fighting force of the Cursed Elves. They are the vengeance of their race made manifest. The Legion will protect its people while taking the fight to the servants of the Light, which they were once part of. And no lesser race shall stand in their way… 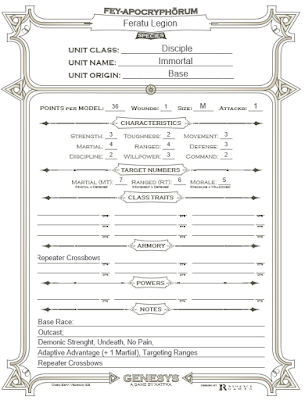 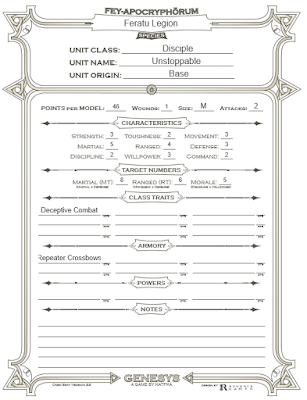 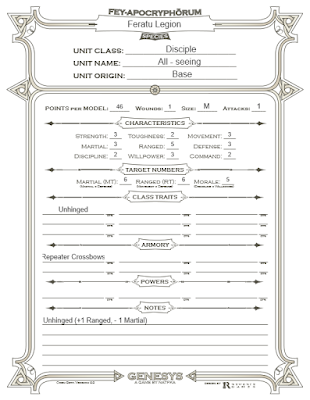 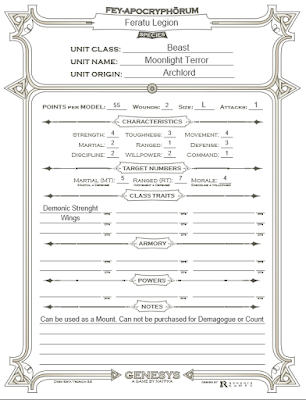 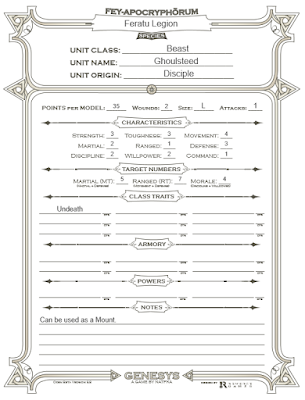 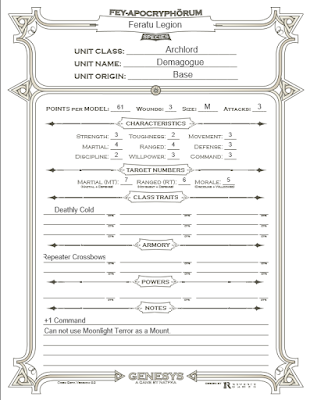 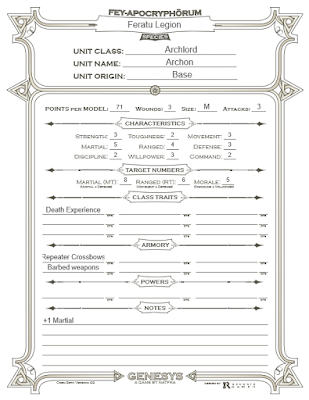 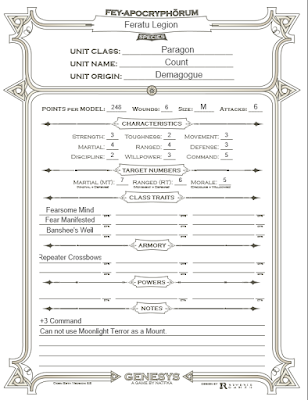 Temporal Keepers
"The Keepers can foresee glimpses of death and darkness in the distant future, and they believe everything must be guided along their path to ensure the survival of all realms."
4/17/2017
Natfka
The Genesys Project