Regarding Primarchs, Dark Angels, and More 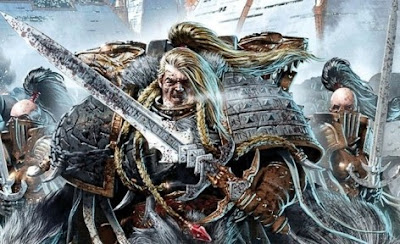 There were some rumors that came out of Facebook's Inner Circle over the weekend, and I have been told by multiple credible and reliable sources that these are just not real. With that said, there are a few tidbits of additional rumors, that even though they come from someone reliable, he is asking for salt.


Here is a little rumor to start it off. Please don't forget the salt on this one. There are good hints of Fulgrim coming, but even then.

Rumors from Sources on Faeit 212
I saw a load of bogus rumours that had been sent in about the Dark Angels on your site today, and thought I'd clear things up from what I've heard from a VERY reliable source:
The next Primarch will not be the Lion, the next slated Primarchs in the works are Leman Russ and Fulgrim.

My source had previously told me about Mortarian way before he was announced, but I couldn't verify if it was true until it was too late and the info was already out. So I wanted to wait and see if the rumours were true about a Space Wolf codex in December alongside BA and DA (which would disprove the Russ rumour). Doesn't look like Wolves are coming in December now... so make of this what you will.


Here is a bit of a follow up, and looking ahead at the future primarchs..
Take with a pinch of salt obviously as I can’t be 100% sure, but from tidbits I’ve heard it does line up with Wolves not getting a pre-Xmas release so that they can get a big release next year (Fenris being right on the Cicatrix Maledictum might be relevant for some upcoming fluff), then Slaanesh getting some love Q3/4 (following from the Khorne release a couple of years back, Tzeentch last year and Nurgle this year).
11/06/2017
Natfka
Dark Angels, Rumors, Space Wolves, Warhammer 40k