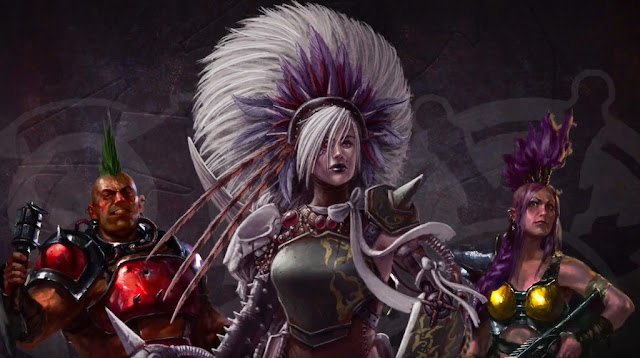 There is some information that is coming out Warhammer 40,000 Open Day, and there is more coming. Here is one report from a reader that attended, mostly regarding Necromunda

via a reader here on Faeit 212

. FW Necromunda is coming very very soon by the sounds of it
. Necromunda took 1 year from idea to miniatures
. Legion vehicle doors coming out fast
. The easy to build Redemptor Dreadnought is relatively posable
. Might be a non easy to build version of the small DG Daemon engine coming (?)
. Necromunda is done by the FW team (?) so FW is now doing plastic and resin (?)
. The FW Necromunda bits *might* be available in physical stores
. Necromunda stuff was drawn before models were made, so they are more about how the design      team wanted them than management wanted them, still have that artistic freedom to do what they want with it.