The first preview for Underhive is up today from the Warhammer Community showcasing the Escher Gangers.


You can find Necromunda Underhive up for pre-orders here
Necromunda: Underhive $125
https://www.games-workshop.com/en-US/Necromunda-

Escher Gangers are fast, smart, and fragile. With a 5” move, you’re a hair more mobile than the Goliaths, and the BS and WS on your average ganger is a respectable 4+, allowing you to take advantage of both ranged and melee weapons.

Whether you’re playing with the Warhammer: Underhive boxed set or Gang War, Escher gangs have an unusual and varied armoury. Generally speaking, Escher Gangers can be equipped in one of two ways, either packing cheap and reliable weapons like lasguns and autoguns, or armed with some more esoteric weaponry, like the shock whip or “Nightshade” chem-thrower.
Auto and las weapons might not be flashy, but they get the job done, and Escher has access to loads of them. Lasguns are perfect for keeping gangers cheap when filling out your roster and leaves some room in your starting list for some promising Juves. Meanwhile, autopistols are a great pick for a Juve, boasting a solid rate of fire while still being pretty reliable.

In close combat, every Escher can take a stiletto knife, power sword or shock whip. All of these weapons are more costly than average, but perform excellently against a variety of targets – which one you pick will be down to personal taste. The power sword is a superb all-rounder, capable of parrying incoming attacks and slicing through armour, the stiletto knife can take even the toughest gangers Out of Action thanks to its venomous tip, and the shock whip can be fired at short range like a firearm, representing its superior reach.
All Escher gangers (apart from Juves!) can take plasma pistols. While these weapons have a nasty habit of running out of ammo (or exploding!) they’re pretty powerful and suit the short-ranged warfare the Eschers aim to excel at. You can try to keep a reasonable distance from deadly close combat Goliath gangers, but still perform well if things get too close, thanks to the weapon’s Strength. 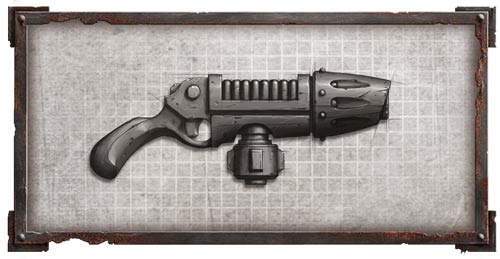 Finally, House Escher gangs can take a range of lethal Toxin and Gas weaponry, including the aforementioned stiletto knife. These weapons bypass the normal process for wounding fighters and are therefore perfect for the low-Strength Escher.

The needler/bolter combi weapon has superior range, while the chem-thrower can hit multiple fighters at once – catch your opponents off-guard, and you could clear up an enemy gang in a single gout of toxic gas. Gas grenades give every Escher ganger a deadly backup weapon and are particularly punishing against grouped fighters – particularly devious leaders might want to use one of their fighters to bait multiple chargers as a way to set up a particularly deadly shot. 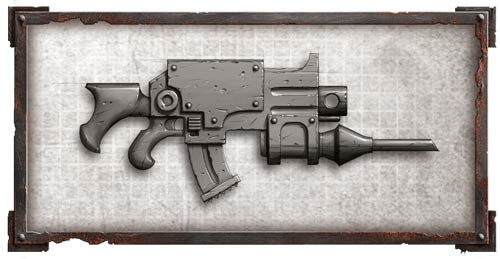 There are loads of skills to choose from when setting up your starting gang, but we’d recommend picking defensive abilities from the Agility set for starters. Dodge and Step Aside allow fighters to avoid attacks and ensure that your most costly Champions don’t end up a liability in your games. 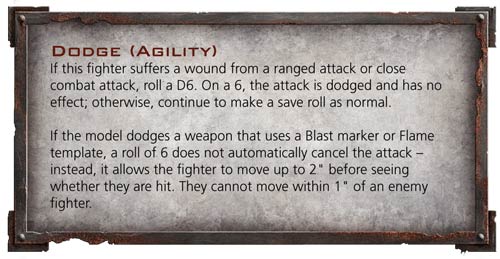 For your leader, consider some Leadership skills; while it’s tempting to turn your boss into a close combat killing machine, abilities like Mentor and Commanding presence help you make the most of the rest of your gang and help you press your numerical superiority against the foe.