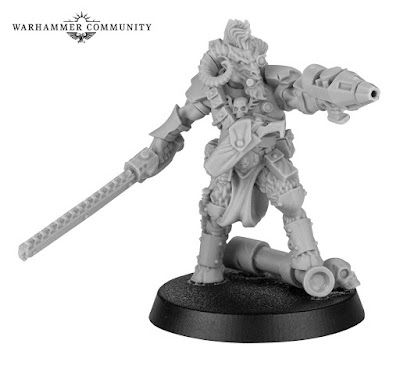 Forgeworld is stepping up and revealing Gor Half-Horn for Necromunda. This is the first of hopefully a lot of Necromunda releases they will be giving us. 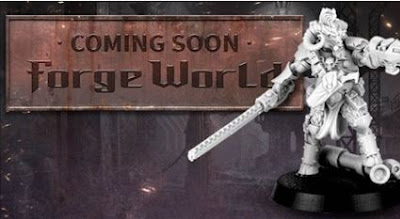 via Forgeworld
Coming Soon: A Beastman in the Underhive?

The next generation of Necromunda is less than two weeks away, but it’s only just the beginning. Whether you’re planning on playing with the warrior-women of House Escher or conquering the underhive through the might of House Goliath, thanks to Forge World, you’ll be able to add a bestial bounty hunter to your roster – if you’ve got the credits.

Meet Gor Half-Horn. Nobody knows where this mysterious bounty hunter comes from, or quite how a member of one of the most hated subgroups in the Imperium* managed to get a bounty hunting licence. Look familiar? That’s because Gor Half-Horn is, in fact, a re-imagining of a classic model from Rogue Trader from the abhuman auxilla – inspect him closely and you’ll even notice the Imperial Aquila on his chest. 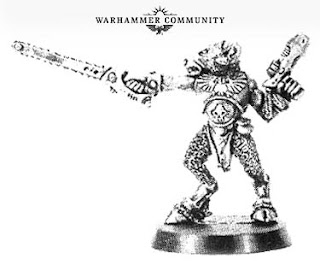 Wherever he’s from, Gor makes for a valuable asset in your Gang War campaigns. If you’re rich in credits, but your Gangers have an unfortunate habit of dying, or you really, really need a particular rival in the campaign taken out, you can hire Gor for a single game. On the tabletop, he’s a terror, combining mutant strength with a LOT of firepower and a pretty awful temper – whatever you do, if your opponent hires Gor, do NOT let him charge you!

Gor Half-Horn’s rules and fighter card are included with the model, as well as rules for adding him to your gang in both one-off and campaign games of Necromunda. This is just the first of what Forge World has planned for the game of gang warfare in the 41st Millennium – like Blood Bowl, there are plenty of awesome models in the pipeline to support the plastic ktis and gangs you’ve already seen.

This guy will be available to pre-order on Friday, meaning if you get yours, he should show up around the same time as the rest of your Necromunda orders.
11/13/2017
Natfka
Forgeworld, Necromunda