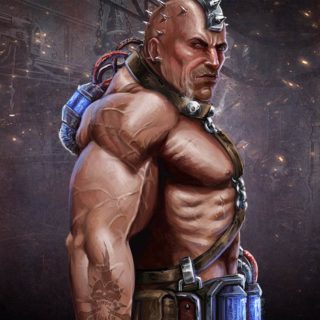 Another preview for Necromunda hits today with a focus on House Goliath. A great opportunity to check out just how the gang will be used and how they will respond to the Escher Gangs.

Are you ready for the new Necromunda? If you’re looking to win your Gang Wars with brute strength and terrifying firepower, the Goliaths are the gang for you – and we’ve got some top tips on using them. 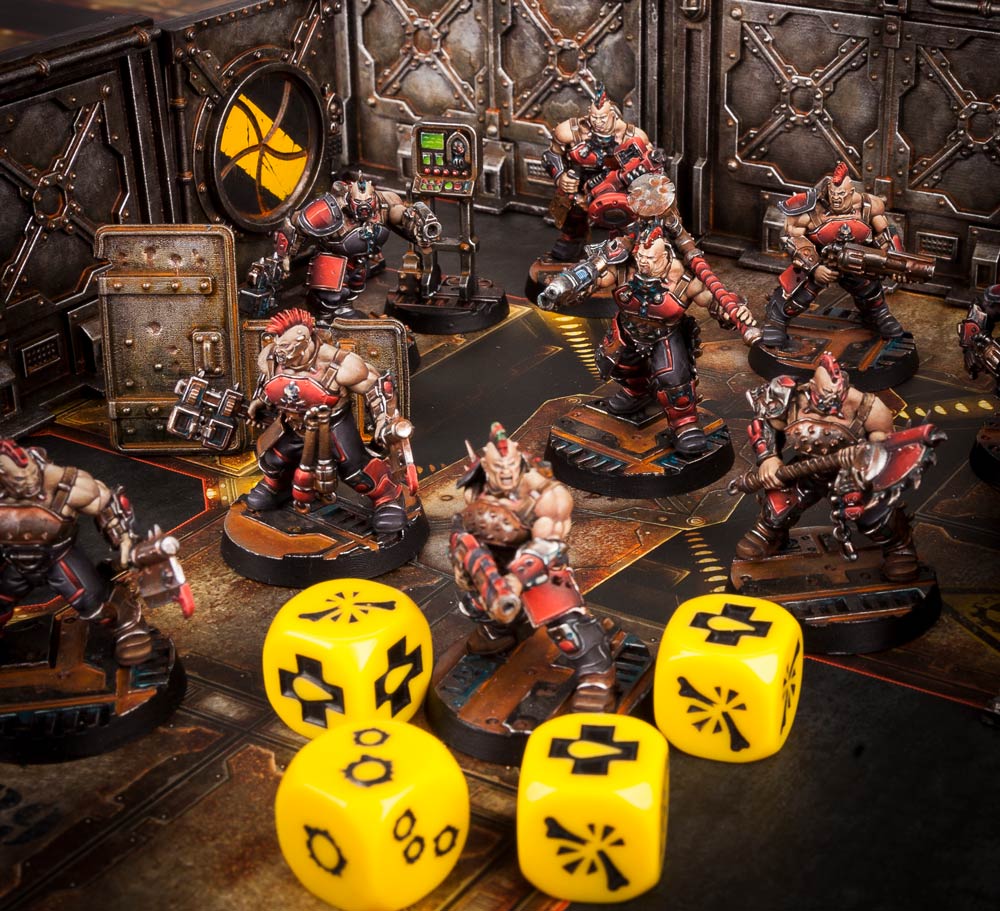 House Goliath gangs boast superb characteristics by the standards of Necromunda, with distinctly above-average Strength and Toughness allowing them to deal some extra damage in close combat and take a beating in return.

Where Goliath gangers suffer is their Will and Intelligence characteristics; a constant diet of growth hormones, stimms and extreme violence doesn’t do much for one’s temperament. As such, they’ll be better off trying to batter through any doors or caches they come across, rather than attempting the difficult work of decoding the access panels! Goliaths do possess an excellent Cool stat, however – this isn’t a representation of how awesome a model looks (otherwise they’d all have a 2+!) but how they respond to crises, such as watching fellow fighters killed, mid-game.
Just watch out when you’re recruiting Juves in Gang War! Juves in the new Necromunda are the lifeblood of any healthy gang, accumulating new Skills and advancements faster than their comrades. However, Juves often possess a weakened profile; Goliath Juves, for instance, only have a Strength and Toughness of 3. You’ll have to work hard to keep them safe in the early battles of your campaign, lest you hurt your gang’s future prospects.

The Goliath armoury is packed with unusual weapons, characterised by short range and heavy damage. You’ll be able to arm your gangers with brute cleavers, fighting knives, spud-jackers, power hammers and the savage renderizer. Which ones you use will come down to personal taste; we’d recommend experimenting with wielding a different close combat weapon in each hand. The brute cleaver, for instance, can disarm a foe, while the spud-jacker can knock foes back, making them handy secondaries.

What might surprise you about the Goliaths is their deadly ranged weaponry. The combat shotgun is a fantastic choice for any ganger, capable of firing heavy slugs or delivering a template-shaped burst of shrapnel, while the stub cannon takes the principle of a revolver and super-sizes it, creating a weapon few outside the gang could even lift. Meanwhile, for the toughest of targets, the ‘Krumper’ rivet cannon is a deadly piece of heavy-duty hardware. With a ferocious rate of fire, decent AP and high Damage, this weapon doesn’t possess great range but can chew through enemy fighters with ease close up and is particularly nasty in Zone Mortalis games, where short-ranged shooting reigns supreme. 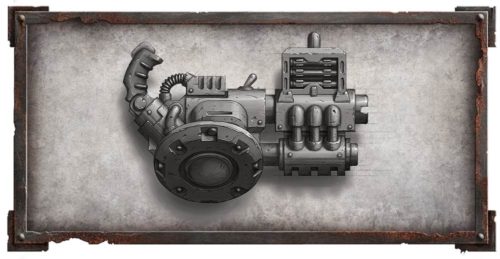 It’s worth noting that grenades are deadlier in the hands of Goliath gangers than anyone else thanks to the way the Necromunda rules work. When throwing a grenade, the range is determined by multiplying the thrower’s Strength by 3, so Goliaths can propel theirs up to 12”. This is a great way to punish bunched-up packs of low-toughness fighters like Escher gangs, or bust open a stubborn door with a krak grenade to set up a surprise attack with another ganger.

In Gang War, you’ll be able to upgrade your Goliath Gangers with skills from the Brawn and Ferocity skill sets, with options later to take skills from Combat and Shooting. These skill sets lend themselves towards close warfare, with one of our favourites being Bulging Biceps; it’s effective whether you’re wielding a heavy weapon or just want to see how much carnage you can cause swinging a renderizer with one hand.

Another favourite, Bull Charge, is a deadly ability, albeit a simple one – if an enemy makes the mistake of standing near an edge, simply charge them and try to knock them off! Berzerker is a Ferocity skill that adds an additional attack dice to your close combat actions when you charge – as you’d expect, this couples superbly with Bull Charge and is a great choice for a second skill if you level up a Champion or Leader in your campaign.

With Goliaths, you’ll want to keep your gang close together, making good use of cover before you’re close enough to the enemy to start shooting at them. You’ll be most effective at mid-to-short range – remember, even an ostensibly “ranged” Goliath ganger is a force to be reckoned with in close combat. One strategy you may want to try is using “sacrificial” gangers to try and bait out enemy charges. Thanks to the high Cool characteristic of the rest of your gang, watching a comrade go down is unlikely to trigger a failed Nerve test. In your next activation, you’ll be free to follow up with a deadly charge from several of your fighters, before forming up again into a defensive wall.