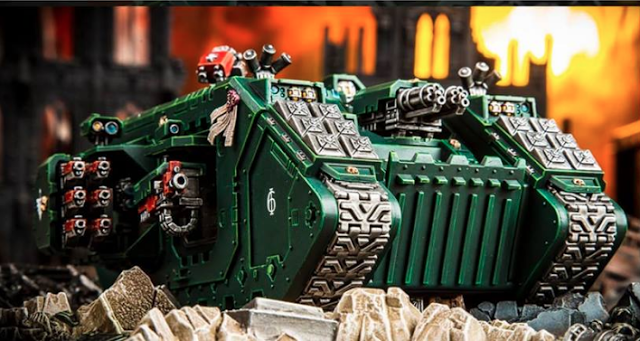 Someone slowed this down and got the picture above from this quick video on Warhammer TV Facebook.

The image originally comes from Twitter, and shows a Land Raider and Solemnus Aggressor in the Keywords section. Its also painted in Dark Angels colors. Apparently this thing can unload 46 shots.

These are all in the Open play section following Land Raider Design rules according to sources chiming in for us today. Lets see what else they have listed below the video. 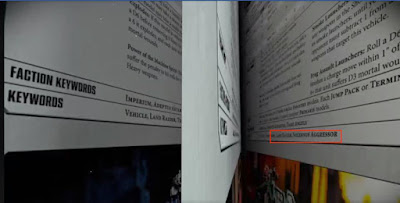 Not certain if they are the original source or not from their twitter page.
http://www.miniwars.eu/2017/11/solemnus-aggressor-land-raider.html?utm_source=feedburner&utm_medium=feed&utm_campaign=Feed%3A+Miniwars+%28miniwars%29


via anonymous sources on Faeit 212
The picture clearly shows the Solemnus Aggressor and there are other Land Raider variants as well. Each one has an Open Play stamp on the datasheet. Here are a couple more not in the images posted.