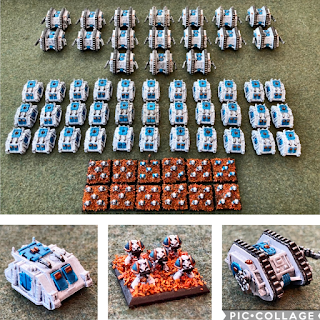 Over the last few weeks, I have had a real hankering to get back into Epic gaming. My favourite version of the Epic game was Space Marine 2nd Edition, from 1991. I’m lucky enough to have quite a few models left over from that era, and even luckier that one of my friends was clearing out his attic and found another complete box set of the original 1989 version which he kindly gifted to me!
So, with the models trimmed and primed I set about painting. The great thing about Epic is that the paint schemes can be very simple, and because of the very small size (6mm) small mistakes are hard to spot.
I chose to paint my Epic Space Marines as pre-Heresy World Eaters, because the colour scheme is very striking and looks great on the table. All I did was to prime the models white, then I applied a black ink wash, dry brushed white again over the top, and then picked out details with light blue and some Balthazar gold for the shoulder pad trim and details on the tanks.
After completing some more tanks and infantry for this force, I will then make a start on recreating my old 1990’s Epic Squat army, complete with Land Train, Colossus, Thudd Guns and lots of bikes and trikes.
Thanks,
Graham 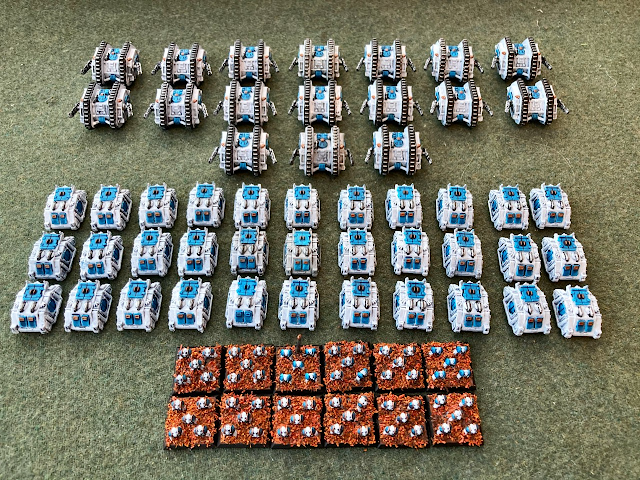 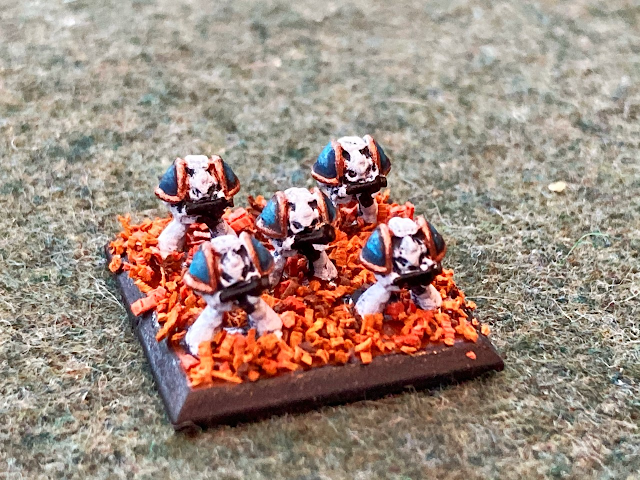 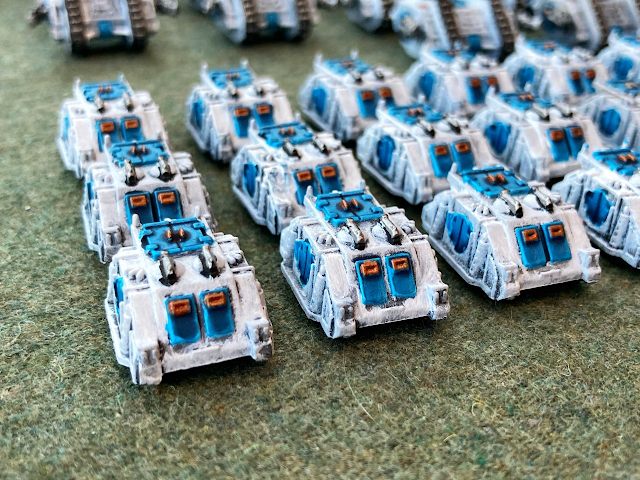 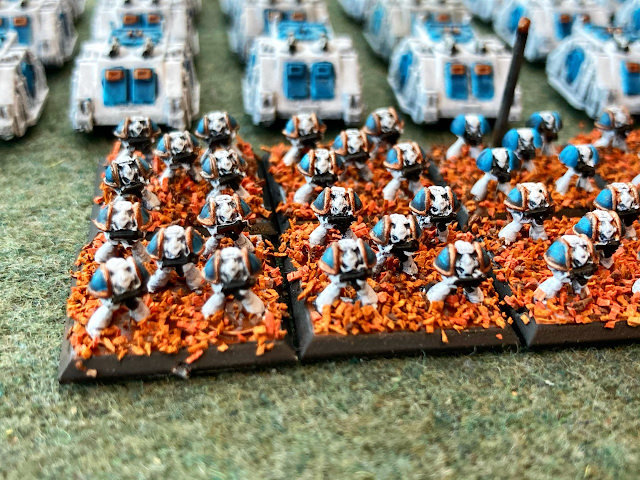 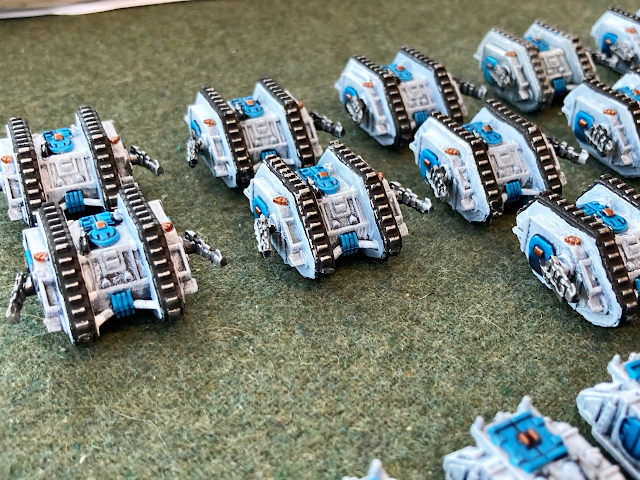