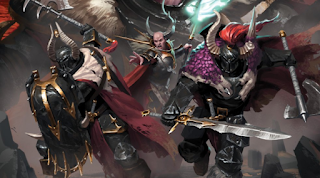 Khagra's Ravagers are available tomorrow for preorders, so lets take a look at WarCom's introduction to how they work with the Desecration of objectives. 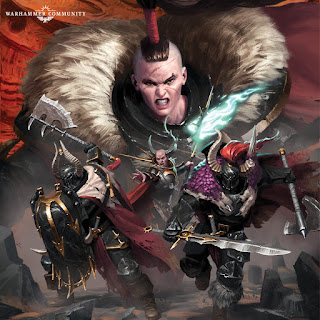 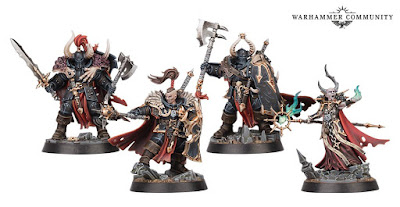 Khagra’s Ravagers have several ways to desecrate objective tokens, both on their fighter cards and their power cards. When you desecrate an objective, you place a Desecration token on it. While it has this token, fighters cannot hold it. 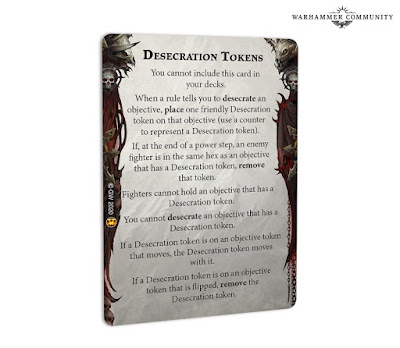 The wording of the version that we decided on is crucial – fighters would not be required to make a Move action onto a desecrated objective or take damage to cleanse it. In fact, there’s no cost to that particular fighter at all.

Instead, at the end of the power step, they must be on a desecrated objective to cleanse it. This means two things. First, desecrating an objective token delays any Surge objectives scored after an activation for holding objectives. These are scored before the power step, not after, so this weakens one of the strongest tools available to ‘hold objective’ warbands.

Second, the Ravagers player can use the weapons of ‘hold objective’ warbands against them. Even if a fighter is poised to remove a Desecration token, they still have to be on that objective by the end of the power step. This means that the Ravagers player can use push cards to defend their desecrated objectives, keeping enemy fighters at bay while getting on with their gory business.