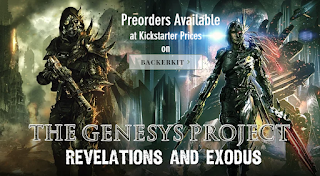 If you missed your chance to jump into The Genesys Project Kickstarter you can still get in on Kickstarter pricing and be ready when we launch the next two books.

The Kickstarter was successful and now through Backerkit the pre-order store is open. In these books you will be able to create your Dystopian Society, Militaristic Order, and so much more as your create your own faction customizing and designing your own Vehicles, Mechs, Constructs and so much more. Never before can you combine your vision and gamestyle together to create what you dream of using the models you want to use. 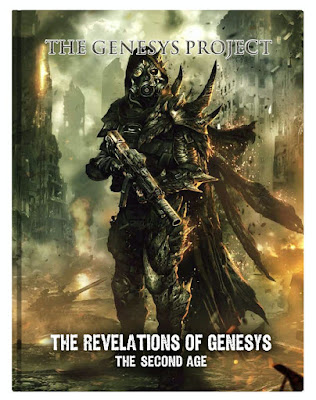 The Revelations of Genesys The Second Age takes you through modern conflicts and into the near future where the Apocalypse looms and warfare takes on a whole new meaning. Delve into customization of your modern/apocalyptic weapons, design your own vehicles of war, and fight your way through an Age where the catechisms of war loom at every corner. 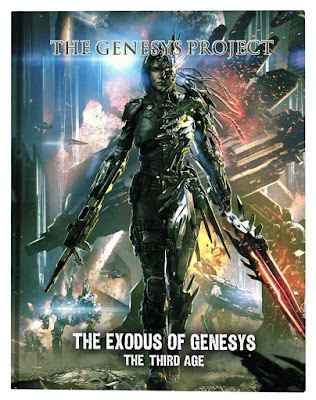 The Exodus of Genesys The Third Age takes your faction into the distant future, expanding outwards into the abyss and new theaters of war. Cybernetics, mechs, robotics, and other mechanisms of conflict reign supreme. In the 3rd Age, customization advances far beyond the previous ages, with new energy sources for weapons, vehicles, and mechs bringing new dangers and revealing new horizons. Note: The Core Rules book is required to play the game.
On top of the Age books you can get the Birth of Genesys The First Age, The Genesys Project Core Rules, Age expansions, Campaign, Templates and more in the pre-order store all at Kickstarter Pricing. Orders in the Pre-Order store will be shipped alongside your Revelations and Exodus books.
A great time to jump into the game while this offer remains. 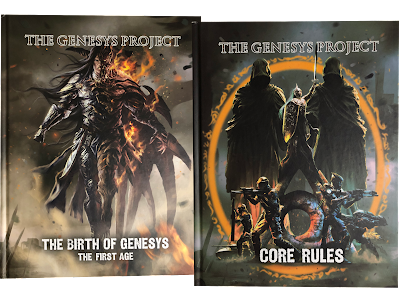 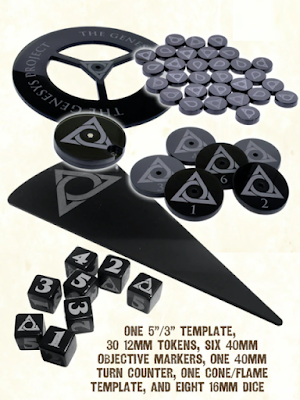 Faction Packs for All Ages, Game Expansions, and Campaigns 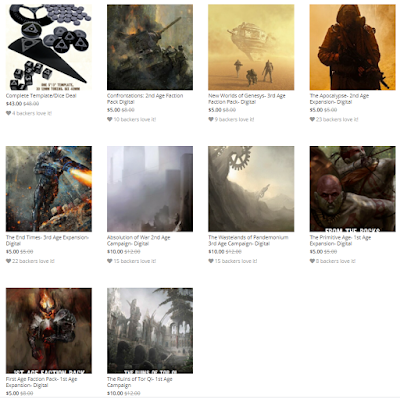