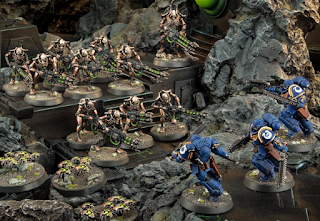 Intercessors and Necron Warriors are coming to Kill Team. Lets check out the preview of what they will look like.

Something new is coming to Kill Team. While we haven’t said much so far about the game’s next expansion, we can now reveal that many of the best-loved and best-equipped Warhammer 40,000 units released in 2020 will soon be coming to a skirmish-sized tabletop near you. The extra Armour Penetration from their chainsword will come in handy against thicker armour, and the Sergeant can even leave theirs at home in favour of a power fist or thunder hammer. Best of all, you can take them alongside a regular Intercessor Sergeant for double the punching power.
Assault Intercessors also provide access to the valuable Zealot specialism usually found only among the Chapter’s elite, gaining powerful close combat bonuses as they charge around the board shouting, chopping, and altogether putting the fear of the God-Emperor into xenos and heretic alike. 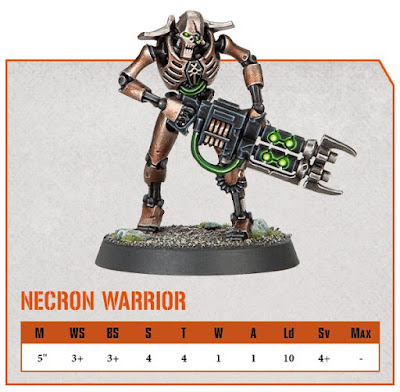 These close-ranged weapons deliver even greater killing power to the soft, fleshy bodies of the organic races.* While their range is significantly shorter, the furious face-to-face fighting of Kill Team is sure to provide plenty of opportunities to catch your opponents unawares. 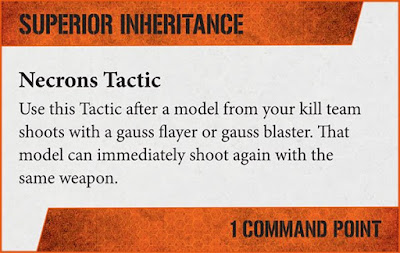