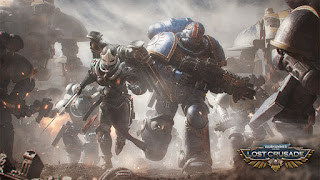 Warhammer 40,000 Lost Crusade looks interesting. Make certain you check out both videos to get a better idea of what this game is.

Take on the role of a Primaris Space Marine fleet commander whose ship has been separated from the Indomitus Crusade and weakened after an emergency warp jump. Stranded in a distant sector of the galaxy, you must repair and expand your base, gather resources, and conduct research to aid in the development of a powerful army capable of waging war on all of your enemies.- WarCom

via Youtube
As a Space Marine Force Captain, command a Battle Barge, train elite troops, recruit legendary heroes and play with allies to defeat the Forces of Chaos and conquer your part of the galaxy! For in the grim darkness of the far future, there is only war.

Their previous Video from back in December

Join intense real-time PvE combat, full 3D assaults, or take part in PvP space battles in a shared galaxy with up to 35,000 other players on a single map. Train and upgrade your units to gain a crucial edge in the battle against Chaos as you fight to defend the Imperium from eldritch threats.

We’re happy to announce that the open beta test is currently live in select territories,** giving you the chance to play the game for free and shape the future of Lost Crusade. Mobile gaming enthusiasts chomping at the bit to try out the newest entry in the Warhammer 40,000 strategy game library can download the game right now on Android or iOS.

For those outside the testing area, rest assured that the game will be available to you soon. In the meantime, head to www.lostcrusade.com to register your interest and find out more information. Live feedback and the game’s community can also be found on Facebook, Discord, and VK for our Russian players. 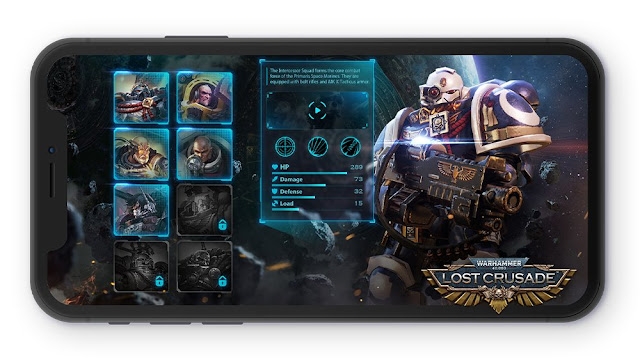