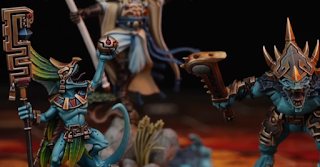 Direchasm has a new warband, the Starblood Stalkers. Take a look at the warband as well as some of the new cards they will be bringing to the game.

The Slann Starmasters of the Seraphon have foreseen danger in Beastgrave, and now believe that the living mountain could transform into a demigod that would wreak havoc across Ghur and beyond. Now, we always read our horoscopes with a pinch of salt, but it looks like the slann could be right, especially with warbands like Khagra’s Ravagers on the way. 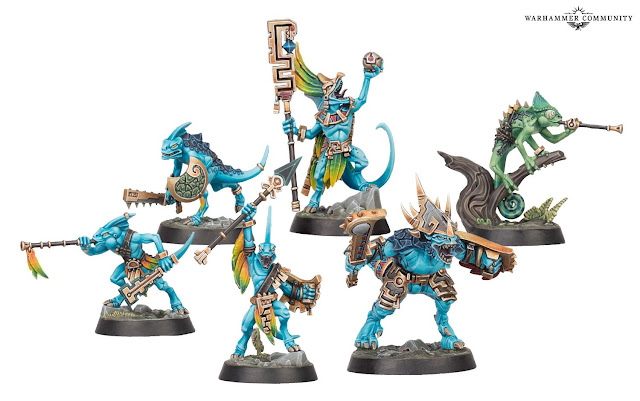 The Starblood Stalkers are composed of four Skink Hunters, a Saurus Oldblood, and the warband is led by Kixi-Taka, the Skink Priest. 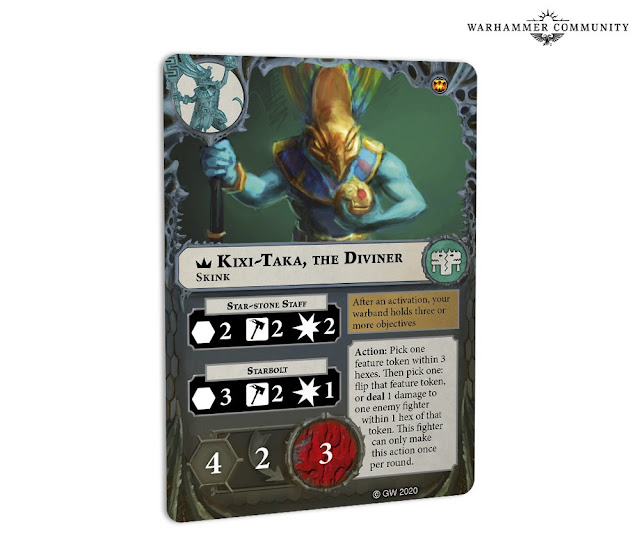 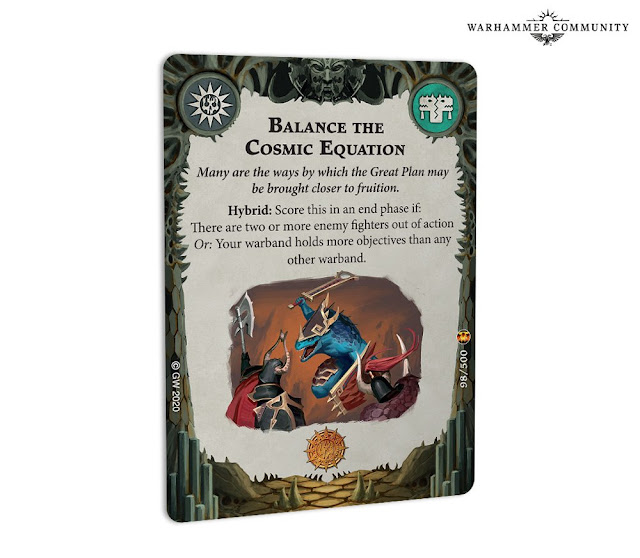 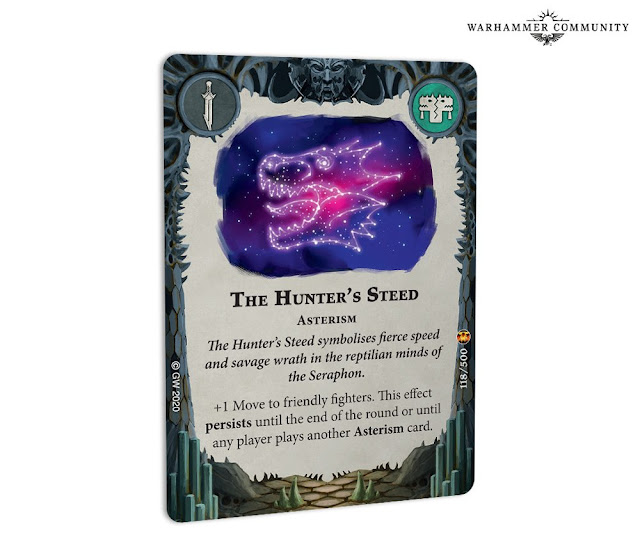 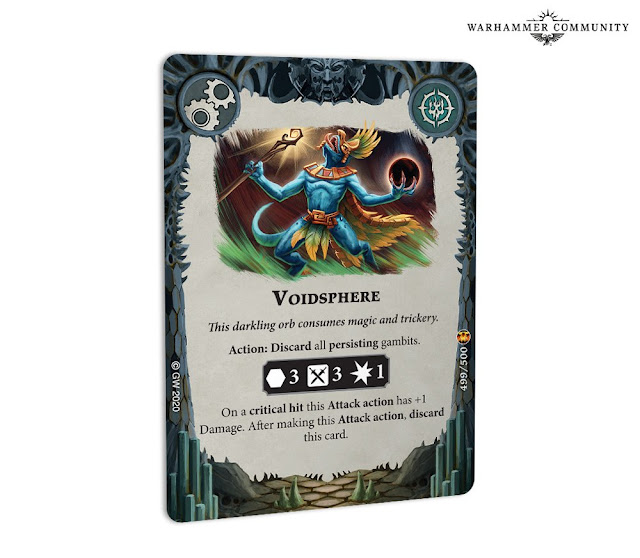 Kixi-Taka is also known as the Diviner, and they have brought us an unexpected gift – a glimpse into the future at the warband that will follow the Starblood Stalkers. Thanks, Kixi-Taka! 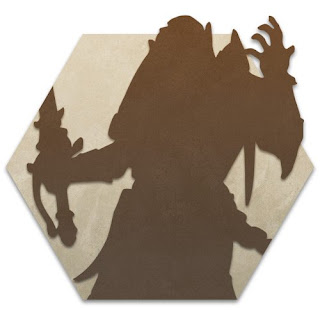