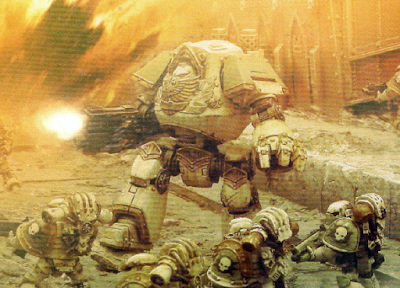 The new White Dwarf is right around the corner and inside is said to be about new bases, scenery, and of course the Burning of Prospero where its rumored that we will see new Contemptor rules for the box game.