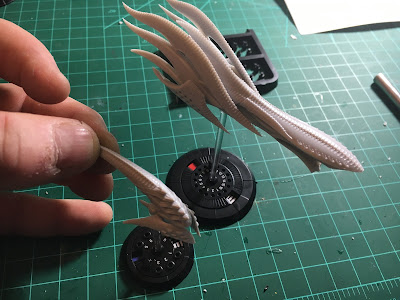 The bases for Dropfleet Commander are just fun. I was concerned a little about these as to just how useful and easy they would be to use, especially after not having them during playtesting (lots of counters) So I was excited to put these together and just see how easy they were to use.


Here is how they are put together. 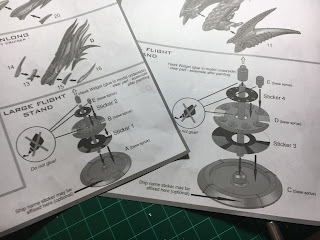 The bases cover you for several different game functions in the game, including your orbit level, Firing Arcs, ship damage, and energy spike (used in targeting enemy ships). Take a look out of the rulebook to see exactly what these are mean, etc. 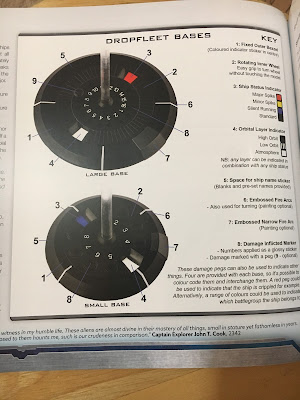 Putting them together was extremely easy. In fact I have not glued any piece of the base, including the stem onto anything. The stems just fit that well (amazing huh?).

Here are the steps, 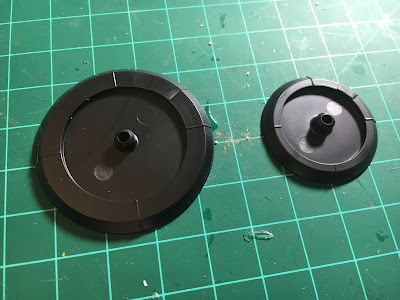 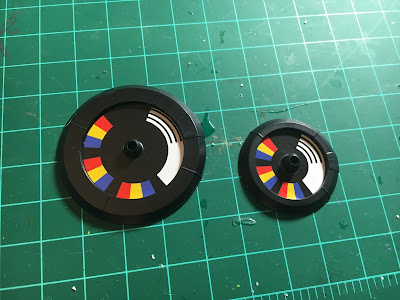 Notice the inner base is easily rotated to mark the orbit level and spike. 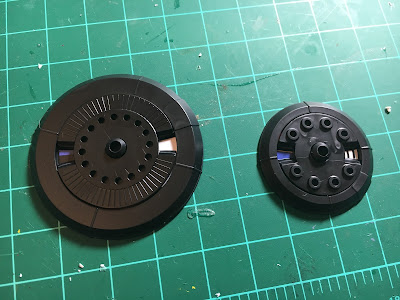 Next up is the damage stickers and peg. Your thinking... wow Im going to lose those pegs. Well no worries, the sprue comes with more than you need, leaving you with tons of extras. 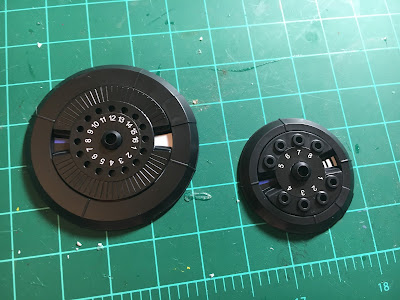 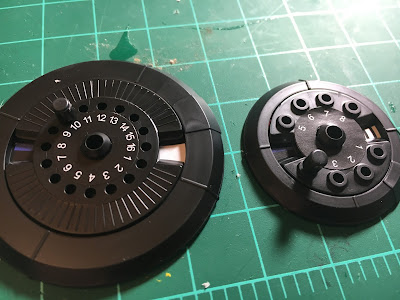 Next is adding the stem. No glue was used in these, and they "Stay". Very nice. 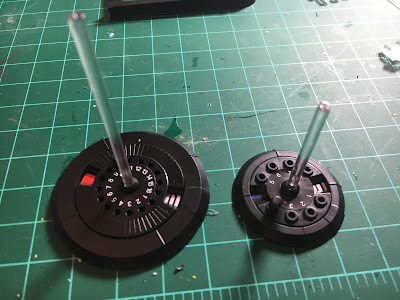 Now I just put the ship pegs on for show, and they hold well. The ships of course are not glued to them, as I have some serious painting coming up!!!!! 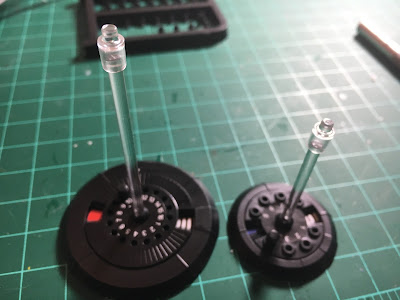 Once again, Im impressed with the design and effort put into these bases. I know from talking to Hawk during the Admiral playtesting event, that the bases were sent back once, and they were redone at least once to get right.
10/24/2016
Natfka
Dropfleet Commander, Hawk Wargames, News Headlines