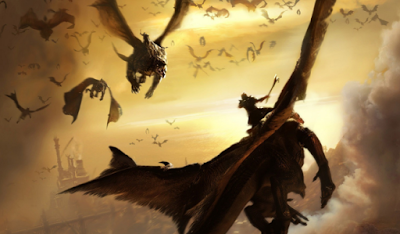 Arcane Constructs, flying, and much more are coming in the next Update for Genesys. This is a big update, and includes new powers that include, Possession, Invisibility, and Counter Spells and much more.


Of course this update includes more than just Arcane Powers, as extensive playtesting is going on and the feedback has been fantastic. There are several great people from all over the world downloading the beta and providing feedback.


Soon, an army builder app will be released as well.

So exactly how does something like The Genesys Project work? Right now we are playtesting, but a vision of the future is army books that you will be able to create and order for the Faction that You create! In essence, you create your army book, and are able to order it online. From there you would be able to use the Army Builder app to create your lists to do battle! Simply amazing if you ask me.

These are not just concepts atm, as these are being worked on now.


A little Fiction from the Battles of Genesys
Through the haze of the battle, bodies flew, being swept aside in a single swing as the huge construct stepped forward through our warriors. Arcs of lightning burned over it's metallic frame, and our warriors spread out quickly to other areas of the field or be burned alive by the electric bolts that jumped from it to anyone nearby.

Controlled by a nearby Arkane the construct stepped forward before us, a towering golem of destruction, and we knew we had no chance to slow it down standing before it.

Desperately the arcane words brought forth filled my body, "To the air", I shouted.
The Warmage next to me and myself launched ourselves upward into the skies to strike the construct from above with myself in the lead.

I flew above and past the Arkane Construct as it's fists reached up to swat me from the sky. Dodging easily past, I turned to prepare my next incantation only to see the Construct had struck the magi next to me, his broken body was flung wide into the mass battle below.

Out of reach of the construct, I paused to close my eyes for focus on the incantation, and dug deep to power the resonance vibrations that would rip the construct apart before it single-handedly won this battle. The next moment I could hear and feel the power within my shoulders pushing it's way forward through my arms, in a deep low resonant vibration.

I opened my eyes bent to destroy the target, when I noticed the Golem motionless, staring its cold lifeless eyes straight up into mine. A glimmer shone deep within, and my mind I could almost see the Arkane Magi deep within the Construct's eyes, releasing a lightning bolt of energy through the Golem. I saw hateful anger as our eyes connected, and the overwhelming smell of Ozone was the last thing on my mind as my body was numbly ripped apart by lightning.

Want to join in and contribute? From short snippets of fiction to playtesting and artwork, there is a lot of room and more available.

Shoot me an email if you are interested in joining the early playtesting ranks.
playtest@thegenesysproject.com

Dont forget to check out The Gensys Project.com to get acquainted with the game. Sign up and get your own product key for beta testing!
http://www.thegenesysproject.com/
10/14/2016
Natfka