Corvettes.... A Must Build for your Dropfleet 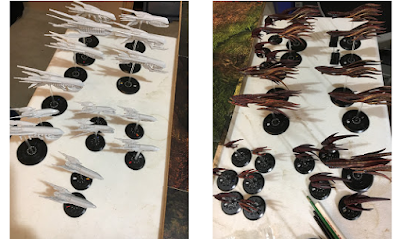 Quite literally this game is amazing. I have models together and have been playing the final ruleset, which I will get more into. The final ruleset is nothing short of the Andy Chambers and David Lewis making the game that people have always wanted others (like BFG) to be.


Now that said... There is one thing you will need to consider if you are an Admiral just getting into the game... Corvettes. Getting an admiral kickstarter set myself, Ive been through all the bits (lots of extras) and building Corvettes out of them are not all that difficult.

What are Corvettes?.... Its a size of ship smaller than frigates that can go atmospheric and continue to fight. Since I played a decent number of games during the beta, I knew right away that Corvettes can give you a strong weapon in your arsenal.

The ships have different names for each faction, but to include them in your lists prevents small frigates from reaching the atmosphere above city clusters and hiding there while unloading their dropships onto the planet. In my last game against the PHR, I built 6 Nickar Hunter Killers to swarm planetary clusters to kill frigates, and it worked beautifully. In fact my opponent sat down and dug through all his PHR bits, and the bystander... a Shaltari player did the same.

So how are some of these being made out of the bits? Well check out two examples below, and before you ask, the above images are 1500pt fleets.

The point being is that as of right now there are no corvettes, not even artwork for them, they can be very essential to your game, and you should have enough bits to make some from starter sets. Of course I will show off some UCM and PHR ones when I get that far....... There were 8 starter sets in my kickstarter along with many extra frigates, battlecruisers, and cruiser sprues + I just ordered 4 more! 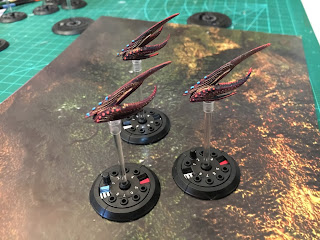 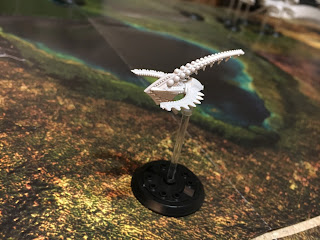