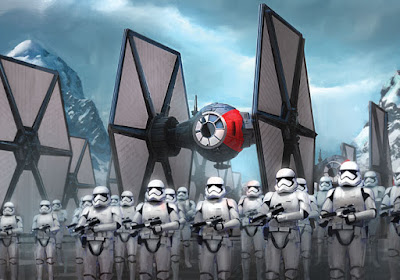 A new FAQ from Fantasy Flight Games for X-Wing is now out and handles several clarifications and minor rule changes, including fixing the tournament stopper Dead Eye

A Word From the Developer, Alex Davy
Greetings, pilots!
I’m pleased to announce the latest FAQ, version 4.2.2, which contains an important update to the Rules Reference, a host of answers to your frequently-asked questions about Wave IX, and important updates to competitive balance. It also clarifies a new interaction: overlapping obstacles outside of the “Execute Maneuver” step.

Changes to the Rules Reference
With the advent of cards like Tractor Beam and Collision Detector, it is now possible for ships to overlap obstacles outside of the “Execute Maneuver” step of the Activation phase. Because the X-Wing Rules Reference does not account for these scenarios, we have added text to the Obstacles section to clarify this issue.

Additionally, we have revised the penalty for a ship revealing a red maneuver it is unable to change or perform while that ship is stressed. Because this state can now be produced though game effects in addition to player error, we thought the penalty should be less extreme while still acting as a disincentive to player error. Therefore, we have altered the text in the Stress section to account for this.

“Heavy Scyk” Interceptor Title
Since the debut of the M3-A “Scyk” Interceptor in Wave VI, it has not seen significant play in the tournament scene (with a few notable exceptions). After extensive playtesting, we have arrived at a simple, low-impact errata that dramatically increases the utility of the “Heavy Scyk” Interceptor title: in addition to its original text, the title now increases the hull value of the ship it is equipped with by 1. This will allow players to field cannon-equipped Scyks with enough durability to successfully compete against other ships.

Cluster Mines
Like the “Heavy Scyk” Interceptor title, this is another simple, straightforward improvement to a card that is nearly where it should be but needs a little shot in the arm. By increasing the expected damage of a Cluster Mine detonation from 3/8 to 1/2, these bombs will prove a more effective option.

Deadeye
Finally, over the course of recent tournaments, we noticed that the metagame has been radically shifted by a particular combo. Although there are many moving parts that had to come together to make this happen, the JumpMaster 5000™ loaded out with Deadeye, torpedoes, Guidance Chips, and a dice-modifying astromech (such as Overclocked Astromech or R4 Agromech) or crew member (such as Recon Specialist) is a force to be reckoned with. While not unbeatable, as tournament results have shown, this particular list has displaced many of the most competitive Rebel lists by creating an often insurmountable alpha strike during the first round of engagement. This has pushed a lot of viable lists to the margins of the tournament scene, to the detriment of overall tournament diversity.

A crucial card in this combo is Deadeye, because it allows the JumpMaster 5000 to circumvent the usual difficulties of acquiring a target lock. After much consideration, we decided the simplest and best option was to restrict Deadeye to “Small ship only.” Because the JumpMaster 5000 is currently the only truly effective large ship ordnance carrier, this added stipulation doesn’t have much effect outside of this particularly effective combo.

We have done our best to cover as many new interactions as possible, but as always, feel free to send any additional questions our way. Happy flying!
10/19/2016
Natfka
Fantasy Flight Games, FAQ's and Errata, News Headlines, X-Wing