9th Age Sneak Peak into the 10 New Paths of Magic 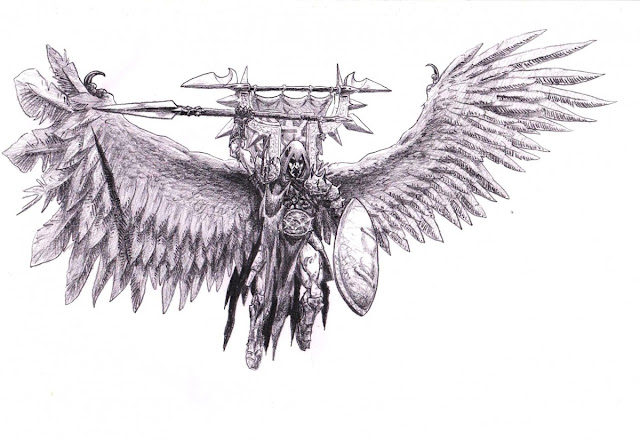 The 9th Age is working towards v1.2 of their rules, and today we have a sneak peak into them, including the 10 new paths of magic.


via the 9th Age, Giladis

http://www.the-ninth-age.com/index.php?thread/19105-the-saucy-quill-inn-paths-of-magic/&postID=441413#post441413
Hello and welcome to our humble abode. Beyond the usual bed and breakfast you will be able to find here the latest gossip and whispers from across the world of 9th Age. If you visit often you might catch our inn keeper (me) talking by the fireplace of what goes on.

We are opening our business with a story about Magic and if you come back every three days you will learn a bit more.

For today I have prepared for you how we came up with the new magic and what are the names of the disciplines most widely recognised in the 9th Age world.

Our tale begins more than a year ago when the basic information about the setting was being discussed and established as well as establishing the mechanics of our realms. Since we were creating a completely new thing we had to explore how things work in the World of the 9th Age (W9A from now on). For it we explored mythologies as well as chemistry and physics for inspiration. This wasn't easy, especially trying to provide a fantasy setting with its set of "laws of nature" that would be consistent and thus bind all our material in believable whole. It then became clear that existing Paths of Magic were no longer compatible with the setting we were building. They were too particular and clashed how the teaching/learning and using of magic worked in W9A. In cooperation with the RT, who were seeking areas of the game they can slightly reduce in complexity so they can use this saved complexity in other areas of the game such as individual armies when they get completely reworked into Full Army Books, BGT went to work on the 9th Age specific Paths of Magic.

From the start it was clear the total number of paths would be reduced, how many we did not know and the original discussions ranged from 7 to 12. What was important was to give each path a different and as unique as possible theme (both within the game and then within the setting). The initial work was done by the rules writers who assigned Paths, simply marked as 1/2/3..., with what kind of spells they would like to contain and how these spells should influence the game. While they were setting this up the background writers were asked to start establishing in world representation of each Path as well as assigning names to them.

It is important to understand that these new Paths are not merged or reworked old Paths. All of the old Paths were removed and the new ones built from ground up. If you find some paths familiar or containing familiar spells it is because during the creation of these new Paths themes contained in some of the old paths were seen as a good basis to build new ones. Also since the number of unique spells at the power level that was aimed for is limited rules writers were not shy of reusing the mechanics of some of the old spells.

With the theme and basic spell concepts established the background writers went to task of distributing these new paths across the armies. This was not done on a whim. Using the information gathered from the community over the last year on how magical their respective armies should be(through reading the forums and consulting various polls including the big Survey Poll) and what kinds of spells should they have access to the distribution was made.

The process itself went roughly like this:
Step 1: Select all the Paths whose Theme fits the background of the army in question
Step 2: From the Paths of Step 1 select all the Paths whose spell concepts fit the feedback on what kind of spells the army should have access to
Step 3: Consult the Path Distribution Matrix and adjust where necessary reexamining the choices to avoid too much Path correlation and ensure as even distribution of Paths as possible.

During all that time it was taken into account on how "magical" an army should be to determine the total number of Paths available to them. In a join decision between the rules and background writers it was determined that no army should have access to all Paths and that number of available Paths should range from 3 to 6.

With that established the exact rules for each spell were written and the names were assigned to them to fit the theme of each Path (this task is going to be finished tonight).

Before I reveal the new names I would like to talk a little bit about background of W9A.

The background and art teams are painfully aware of the pace at which we have been releasing our work. World build at the level of detail and consistency we are doing is extremely difficult and time consuming (more on that in the next 9th Scroll). I understand the frustration people have when they read "this or that idea does not fit the new background without actually knowing what the new background is". Thankfully this is about to change. In next 6 months, starting from October 25th, we are going to release 6 documents with background and art dealing with the W9A. Three of these will contain general information about the setting and its inhabitants, one will be focused on the factions what they look and act like in an overview kind of way, and two will be dedicated to one faction each. So I thank you for your patience and keep in mind we might treat you with a surprise here and there if our staff continues to expand.

I can already hear you say "enough rambling give us the Path names!" and here they are:
Alchemy
Pyromancy
Evocation
Shamanism
Druidism
Divination
Witchcraft
Cosmology
Thaumaturgy
Occultism

In addition there are also Runecraft and Totemism, but they are not "Paths of Magic" in a traditional sense within the game.
10/19/2016
Natfka
Fantasy Battles: The 9th Age, News Headlines, Teasers