Space Wolves, No New Codex, but an Expansion Book and New Models. 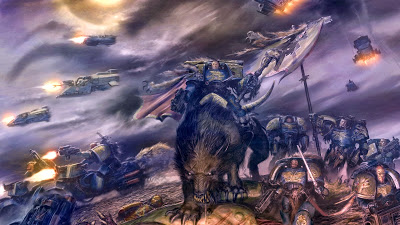 It seems like we are pulling teeth for information for the next 40k release. The latest intel is saying that we will get no new codex for Space Wolves, but rather an expansion book. Earlier information today here on Faeit 212 has this Campaign Book being called the "Curse of the Wulfen".

I've been told the SW will not get a new codex, but an expansion book - I guess similar to the last Tau update. There will be new models, but I have no details about them (yet).

If you take this and combine it with today's earlier bits, we get this compilation from here. Of course we will add Sad Panda's Space Wolves coming in February bit too.
http://natfka.blogspot.com/2016/01/space-wolves-campaign-book-curse-of.html