A Look Ahead- Space Wolves, Dwarves and a Campaign Book 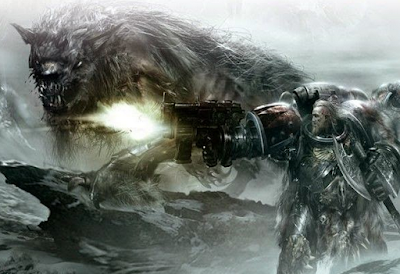 Squiggly chimed in today with a few insights to what he has on our horizon, coming soon. On that list is Space Wolves.... with some missing models lately on the GW Webstore, this is starting to take shape, Dwarves, and an Age of Sigmar Campaign Book

Personally I'd go for Metal Dwarves and Space Wolves.

And as for AoS in general. It "allpoints" to a big climax of the opening arc soon. Maybe like a "Battle of the Allpoints"

I bet that would make a cool campaign book. ;)

Natfka, in relation to that new AoS artwork you posted about. (Undead constructs post). GW have had a policy, since the Harlequin release I think it was, that no artwork will be published that doesn't represent a model that has been, or soon will be released. That's all I'm saying on the matter. (Those new wyvern things look pretty cool to though huh?)

Warplane? I'm going to be honest, I haven't heard about this... As far as I'm concerned "Deathwatch" (Made up title) is still next the next boxed game. Which will be Q1, or a few weeks later at the latest.

Could, and would, love to be wrong though.


What I get out of this is...... of course Squiggly, correct me if I am wrong or something needs expanded upon.

No Imperial Gaurd Coming soon, we already got that.
More Dwarves coming and Space Wolves.
Battle of the Allpoints Campaign book
Undead- Tomb King Construct of large size coming.
Somewhere I missed the Wyvern reference... but Im trying to figure it out.
Haven't heard anything on Aeronautica Imperialis, and the Deathwatch Board game is coming soon.
1/18/2016
Natfka
40k, 7th Edition, Age of Sigmar, News Headlines, Rumors, Space Wolves