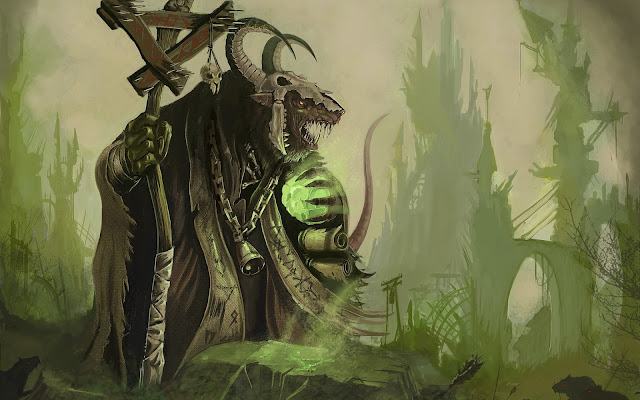 This is interesting and I wanted to pass this one to the readers here on Faeit 212. A reader has the Grand Alliance book in hand, and here are some first impressions.


via a reader on Faeit 212
I got my hands on the Grand Alliance book, and just as thought Throgg, Galrauch, Tretch Craventail and Forsaken don't appear in it so there is a very good chance these models will be gone once stock is sold.
Slaanesh mortals and deamons are combined into one force, while all other gods are seperated into mortal and deamon factions.

The book itself is massive, same size as the Battletomes, softcover with 304 pages. its absolultey worth the money if you play chaos.
not a lot of fluff in it.

also the hints & tips section has been expanded with one additional rule that has been discussed in some forums.
Models that wield two or more of the same weapons (like bloodreavers or Liberators) do NOT gain additional attacks, they instead gain another bonus listed in their warscroll.
So no matter if your Chaos Warrior has 1, 2 or 3 Chaos Hand Weapons, he still only makes 2 attacks with it.


I went through all Compendiums on the GW homepage and compared them to
the Grand Alliance book.

The following Models/Characters arent listed in the book (but are still
playable due to the Compendium).
Everything not marked with (still in store) is also gone from the UK store.