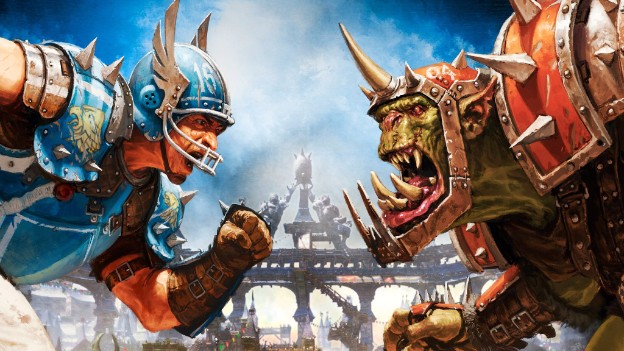 Rules in use: We will be slightly modifying the Blood Bowl Living Rulebook v.5, last published in 2006. Modifications will include:

Star Players can be bought as part of your team

No players actually killed or can miss games – means you have your whole team all weekend.

Bugman’s Sponsorship available for one of your players.

One player of your choice earns one skill every game, guaranteed.

League Points earned for Completions, Touchdowns, Casualties, Interceptions and Players Sent Off for Fouling. Whether you win the games doesn’t actually matter…


Next, the event is not listed until May 21st and 22nd. Being several months out, this means that it looks like there will be no real updates to Blood Bowl through may and most likely into June. Which is why it was a downer for myself personally.

However, just that fact there is an event happening, is a good thing, and it shows willingness to support the game, even as we wait for more intel on new models etc.


You can see the announcement here.
http://warhammerworld.games-workshop.com/the-bugmans-xxxxxx-league-cup/#sthash.W2YUfEcO.dpuf