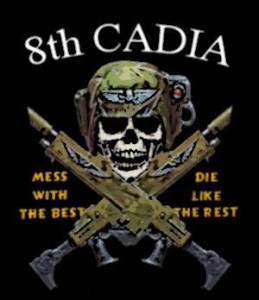 Hey everyone, Reecius here with another article in our coverage on the Cadian Battle Group. This time up for review: The Emperor's Fist Armoured Company. Check the Tactics Corner for more great articles.


The Armoured Company is brought to bear when the Astra Militarum needs to break through enemy lines and press into the heart of their army. Leman Russes backed with Enginseers bear down relentlessly on the enemies of the Emperor. Those that aren't blasted by their shells are crushed under their treads. 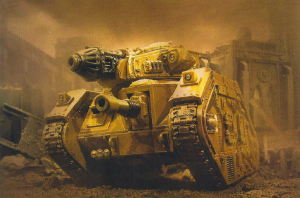 This formation has some awesome special rules that make it powerful but it comes at a huge price tag. If it weren't so expensive, this would be a real stand out. That said, if you use it you will not be disappointed, but your list will be starved for points for anything else. 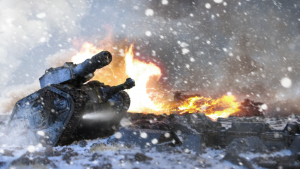 If it weren't for the massive price tag involved and a 5 tank minimum, this would be an awesome formation. However, 5 Leman Russes is more than most lists want or need. It leaves you too vulnerable to any list that has the tools to deal with armor.

If you do want to play this formation, it packs some slick special rules.  BS4 is a big buff, and for those tanks that are within range to benefit from it, will see a significant increase in their damage output (obviously). Tanks that have multi shot weapons such as Punisher Cannons, benefit most from this upgrade. Specifically, a Punisher with Multi-Melta sponsons at BS 4 is a solid tank for a low points cost of 160pts per model that is a threat to multiple targets. The other benefit is that you can use the Enginseer(s) to grant one of them Power of the Machine Spirit to fire on multiple targets. 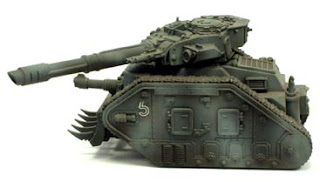 The Vanquisher is also a solid choice as the middling BS3 is mitigated and the tank is quite cheap at 135pts base. Slap a Las Cannon on it and you've got an affordable, mobile anti-tank/MC Russ at a reasonable price point.

You can't rely on every tank to remain in the 12" radius though (however, that is a 24" bubble) and so taking a tank that can operate without support. The Eradicator is actually a great choice. At a base of 120pts, it's a bargain and an ignores cover main weapon is always a benefit. Also, as it isn't ordnance, you can fire it and the other tank's weapons without having to snap fire.

The Plasmacutioner is a truly powerful tank, and one that can dish out some devastating firepower. However, the threat of overheating is very real and while the Enginseer nearby can mitigate the hull point damage, but still, a way to avoid it in the first place is preferable. To that point, a great combination I have found is to take Pask as your tank commander as he comes stock with the Preferred Enemy Warlord trait for he and his unit. Now, that does mean you have to make him the warlord, but when taken in a Punisher he is a beast as he grants the main gun Rending. That plus rerolling 1's to hit and wound and BS 4 is a killer combo. As the Tank Commander must (annoyingly) take another tank in his squadron, the Plasmacutioner is a solid choice. Preferred Enemy lets you reroll the Gets Hot! rolls dramatically increasing the weapons' reliability and reducing the risk of taking damage. And as a further benefit of being in this Formation, the increase to BS4 is solid. The order to split up their targets keeps this unit efficient. Combo the Enginseer's PotMS and you can potentially fire on 3 different targets. The only threat is losing both tanks to a single attack. 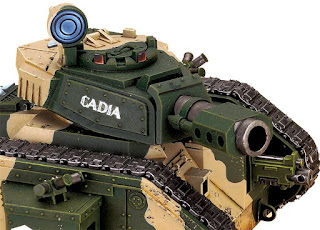 The Tank Shock bonus can be great for getting a unit off of an objective, too, which can be game winning.

Kabe's Herald is a solid consideration if you plan on taking multiple Russes per squadron as it allows you to apply the effects of an order to multiple units.

I'd run this formation with Pask in a Punisher with Multi Meltas paired with a Plamascutioner. For the other three Russes, I'd likely grab an Eradicator, Vanquisher with a Las Cannon and 2nd Punisher with Heavy Bolters or Multi Meltas. That plus the Enginseer runs you 880pts and filling the core requirement in the Cadian Battle Group. Alternatively, take this formation on its own along with an Astra Militarum CAD with massed infantry, giving your opponent only AV14 or T3 models to shoot at. 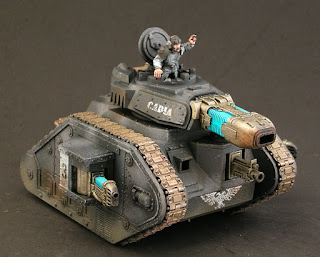 In all, this formation looks fun but really came in too heavy on points. AV14 tanks can be a meta buster (if you can avoid or mitigate Grav weapons) but if it only required 3 Russes instead of 5, it would be a solid two thumbs up from me. It isn't bad, at all, and can have some great games but in a tournament environment you will frequently find yourself in match-up where you opponent can easily deal with AV14.

What do you all think about the Armoured Company? And remembers, Frontline Gaming sells Games Workshop product at up to 25% off, every day!
1/23/2016
Unknown
40k, 7th Edition