The Genesys Project- Building Your Race. 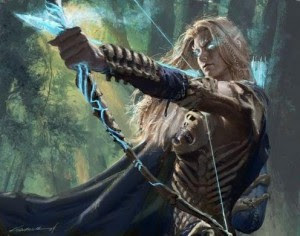 Im going to show you briefly today how building your race works, and what it looks like. My intentions are to release the files this week to a few additional people for some specific feedback. What I am looking for are 2-3 builds done by a couple people willing to test the rules out, and then get those builds back to me, with any comments.


Here is a brief on what building your race looks like.

Start with 0pts, and a set of racial characteristics.

Now its time to select a number of traits that not only build on your characteristics, but also give you the abilities for your race. Every trait will add points to your race.

There are two types of traits, primary and secondary. In any given branch, you must take a primary trait in order to take a secondary. Here are two examples taken right out of the test rules;

Mobility
Mobility 2pts
Adapting to the environment means getting around easier. Perfectly adapted to do so,  Humanoids are able to specialize their ability to move quickly and unhindered through terrain.
Mobility reduces terrain movement penalties by 1 when moving movement x1 or x2.

Secondary Traits
Sprinters 4pts
When moving at x3 or x4 movement, you may add 2” to your total movement

Models with War Dogs may take as many wardogs as their Discipline. These animals will fight for their trainer and stay at his side, even if he dies. They will guard his body attacking any enemy model that they can reach that comes within 8” of their slain master.

Secondary Traits
Animal Sentries 4pts
(Pre-Requisite- War Dogs)
The animal has the same characteristics as the War Dogs, but are T:2 and Mvmt: 5

Animal Sentries are expert trackers and used to hunt down infiltrators and criminals… if the opponent sets up within 18” of any animal in the pack, you may release the hounds.

Release the Hounds: The Dogs leave their trainer and get a full movement and action immediately when the infiltrating squad is placed on the board. (The infiltrators may react as they would normally in a round with any reactionary activations). This is a pregame action, and occurs before the first round. The trainer may restrain the dogs if he so wishes.

There are lots of traits to choose from, from three categories, Genetic Mutation, Environmental Adaptation, and Knowledge and Science. A Humanoid will be selecting 4-8 traits and totaling the point cost.

After creating your race, its time to build upon the base you just created and design your unit classes.

Right now I am working to get the document ready, and applying early comments and testing where needed. So I will be looking for additional couple people later this week with the idea that they will have the rules by the weekend.
1/17/2016
Natfka
The Genesys Project