SN Battle Reports just sent this in from the Rock of Gibralter. 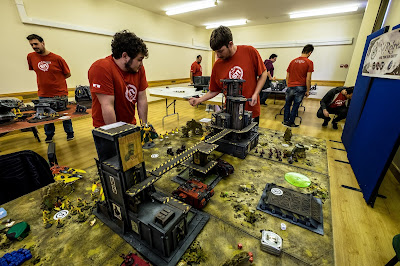 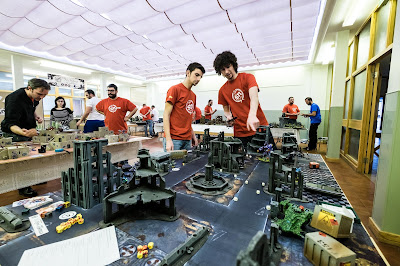 SN Battle Reports just held their first 40K tournament of 2016 on the Rock of Gibraltar. Come check it out – it was fantastic!

Last weekend the lads from SN battle reports finally went solo and hosted their first independent international Warhammer 40k tournament at the Europa Retreat Centre in Gibraltar which proved to be an ideal venue for this sized tournament and with room to expand in the future!

The tournament was a great success attracting players from Spain and the UK (including Lawrence from Tabletop Tactics who scooped the top prize with a beautiful if deadly Dark Eldar list!) as well as locally all of whom had a fantastic weekend. This will be the first of many tournaments using this format (with some tweaks) and plans are already afoot for “No Retreat II” (more on that soon!).

The tournament was held over two days and each player had five games. The rules for army composition and missions can be found at http://snbattlereports.com/2015/12/20/no-retreat-40k-international-tournament/ Basically it was a restricted, strict WYSIWYG, fully painted and based, 1750 point army tournament.

Each player’s army needed to include a CAD and may include up to one additional detachment or formation. (Armies that are not able to have a CAD detachment (e.g. Harlequins) may use their custom respective detachment.) No army may consist of more than two detachments, or a detachment and formation. No allied detachments and all armies must be comprised from a single faction codex (with a few exceptions listed). A maximum of 400 points (from the 1750) may be spent on Lords of War and Forgeworld units combined. Fortifications are not allowed. Missions were a mix of Eternal War and Maelstrom.

It was hoped that these restrictions would allow for fun games where fluffier armies may have at least some opportunity to shine and so that the armies would look more like classic 40k armies which is what SN Battle Reports is all about. Our hopes were surpassed!

For a bit of fun as well as having a Best Army award (for the army that as a team we thought best met our vision as the perfect looking 40k force) SN also awarded a prize for Cheesiest List, the highly coveted (and controversial?) Silver Spork!  Both awards were closely contested and there were a number of armies that could have won either!

In order to make this a fully immersive experience the SN team prepared some beautiful tables for the games none of which would look out of place in one of our battle reports. Line of sight blocking terrain was evident throughout and a couple of new tables made their debut including the highly anticipated “crashed frigate” terrain supplied by Wargame Terrain Factory and the Swamp Board supplied by Studio Level and some lovely mats from Gamemat.eu.

The tournament also had a painting competition with some fantastic entries which took our breath away. It was great to see so many wonderful pieces and entries from people who don’t play “competitively” but love the hobby and the Games Workshop universes.

Check out this selection of pictures of the event, armies and the talented and wonderful winners! A full album of photos from the event can be found at our Facebook page and on the SN Battle Reports website. 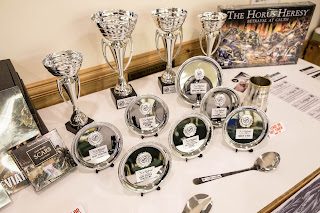 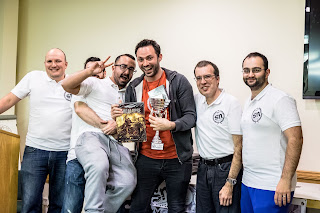 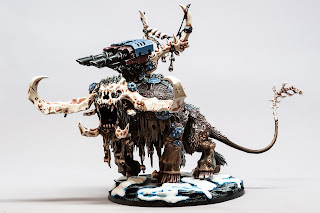 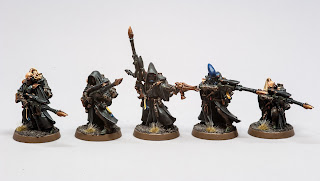 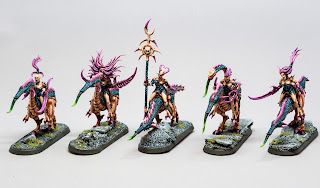 Finally the whole SN Team (Steven P, Nick, Lawrence S, Steven G, Kevin and Julian) would like to thank everyone who attended to play and help make such an amazing event. In particular thanks to those who made the effort of coming to Gibraltar from abroad for the tournament, it was great meeting you all. Also thanks to the generous people that sponsored the event and prizes such as E-minis.net, Tabletop Tactics, Bandua Wargames, Forge the Narrative Podcast, Gamemat.eu, Sudiolevel.com.pl, Wargame Terrain Factory, Element Games and Siege Studios.

Thanks also to the many people who helped set up the venue and in particular to Alex (the Silver Spoon Winner) for being such a great sport and for stepping into the tournament to play on two days’ notice using a borrowed army after a last minute cancellation and to Dave who helped the team enormously throughout the setup and won the Player’s Player award (voted for by his opponents)! Two awesome guys!

If anyone here is interested in an invite to our next event (numbers are limited) drop us a message here, on our Website or on our Facebook page. 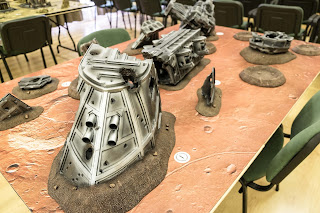 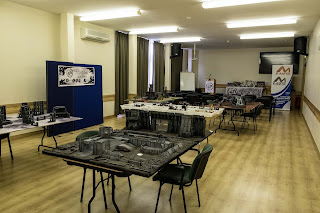 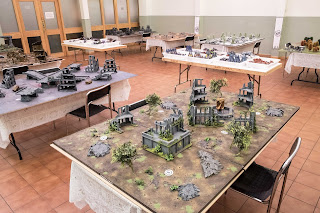 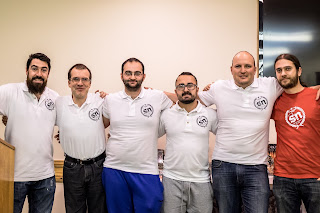 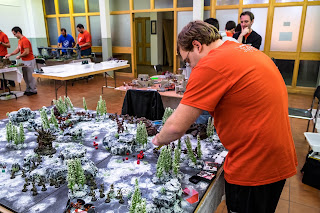