What's Next for Dark Age - Dragyri and Brood? 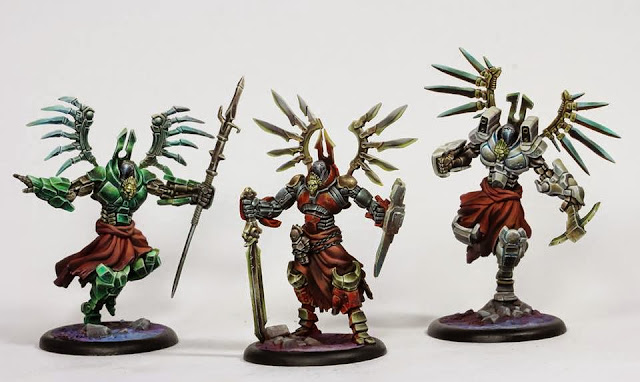 Dark Age has really focused a lot lately on the Forsaken, and the models for them have been absolutely spectacular. So with so much focus on the Forsaken, Outcasts, and Skarrd, I was really starting to feel left behind with one of my factions.... the Brood. So I just had to ask what was next.


At Nova there was no section for the Brood in the display cases. Left out, but it seems most likely they are coming soon.

via a source for Dark Age on Faeit 212
It is a toss-up right now, but it's LEANING toward Brood.  I think at this point it is really obvious with the Dragyri Playtest Documents that Dragyri will launch early next year.  I am unsure on the date though.  There had been a plan for two books/year:  Templecon and GenCon.  With Templecon moving its timeline it's figuring out if there is a con that will be good for the book launch around the February time frame.


Here is a picture of some of my Brood Models. I just love the Howler and the Grists 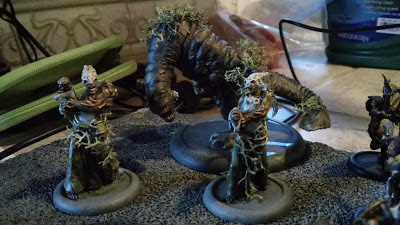