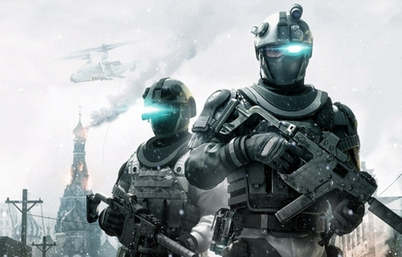 This could be our last set of rules for the game system we have been working on here at Faeit 212. The rest of game is Race/ Faction related. Everything else I think we have delved into. The rules are only 4 pages long with a 2-3 for game and missions.


So I wanted to talk on a couple last points, before I seal it up and get writing to get the wording correct so that the rules are easy to understand (this is the hardest part).

Attacks-
Attacks (melee or ranged) are distributed, rather that hits. They are then resolved as normal.

While the distinction is rather small sometimes, there are games that you pick up your dice, roll them all to hit, and then to wound, finally distribute the wounds to the models. Ive always thought this odd, and that it should be the other way around, Distribute the attacks or shots that are against the models, and the ones that hit give them a chance to roll against it.

In the end is it more dice rolling? Its only two sets of dice rolled, one for the attack, and then one for the wound. This makes it simpler when it comes to the number of dice being rolled, and going through the models with shots coming at them allows for interesting things to happen when making the attacks.

For example. A squad of 8 beserkers is going to charge into you. They are in a mass of models. Your gunners fire at full auto and distribute the shots to the models in the charging squad. The front models are the easiest to hit, while some in the squad will get soft cover since they are behind others in their squad.

The cinematics are the front line of the beserkers getting gunned down under mass fire, while the ones behind push past their falling comrads and make it to the gunner's line to cut them down.
Note that in this case the gunners fired their weapons in reaction to a charge. Because of this, they will not get to get an attack in the melee combat. (they've already used their action- Ive always disliked how many times some units get to fight in a single round of play if shooting/overwatching/and then in close combat)


Critical Hits
This is my favorite really. Although its been ripped apart and re-analyzed several times, over the last year or so.

When we generate a hit for a ranged combat action: Rc+ d6 vs Rtn

Once we have beaten the Ranged Target Number the total of Rc +d6 gives us our Wound Target Number (Wtn), which can be modified by the strength of the weapon.

Now the opponent or target of the attack gets to roll.
Toughness + d6 vs Wtn

There are times where the targets roll is is a 1+. These shots bounce harmlessly off. Hence why it's important at times to be a part of a squad or group to get better hits.

Other times, where the target cannot even make a roll as he needs a 7+. These are critical hits with no chance to save. You also take an extra wound. Getting your head smashed in by a giant Reptilian Creature, or having a Giant Smash you into the ground is an extreme amount of fun when it comes to the combat system on the table. Of course its more fun to be on the giving end of that.