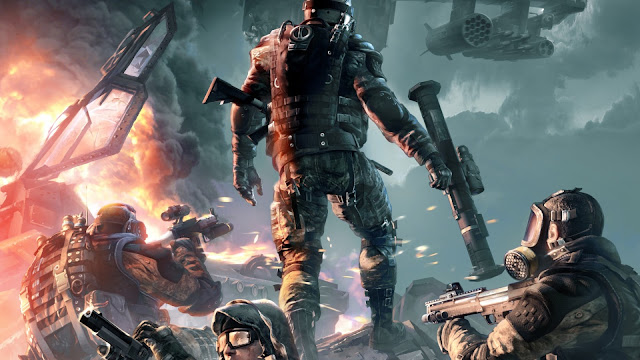 Once again this is a ruleset that is being worked on here at Faeit 212, and today I figured we would talk about Reactions. Their purpose is to bring more tactical play into the game. However, you have to be careful, as over reacting to the enemy may leave you high and dry.

So in previous articles we have explained that each army gets a certain amount of activations per player turn. Very Brief recap.

Each player turn allows you to activate a number of squads one at a time up to your command level, with a minimum of 2 activations. Most commanders get up to 4 activations in the playtesting we have done. Play alternates between players until all squads on the table have activated, which ends the current Game Round.
Activations are a movement+ action and each of these can only be done only once per game turn. Once you have completed your player turn, the number of activations resets.


Reactions
When a player activates a squad, during that activation, the opposing player may react with a reactionary activation. Reactions interrupt gameplay and happen immediately.

During a reaction a player may move or take an action, not both, and only if they have not done so previously.

-Reactions Count against your next turns activations. This can leave you high and dry during your turn, and you can never take yourself below 0 activations.

-All attributes for movement, or an action during a reactionary activation are used at a -1 penalty.

-Movement Reactions may not move above their base move. Don’t forget that characteristics are also at a -1.

-Although ranged combat can be a reactionary activation, Melee Combat is not and will be discussed later.

things you might do that are Reactions:
Dive for Cover
Move out of sight behind terrain
Adjust your squad as you are being charged, like move pikemen or a Leader, forward to intercept a charge
Shoot at a squad that is charging, or shooting at you.
Attempt to move out of charge range
Move unengaged melee combatants to new targets.
Leave melee combat or even shoot into melee (both can be dangerous)

There really are lots of options, and the game flow can go back and forth, keeping players engaged.
9/23/2015
Natfka