GW's Release Schedule for the Next Month? 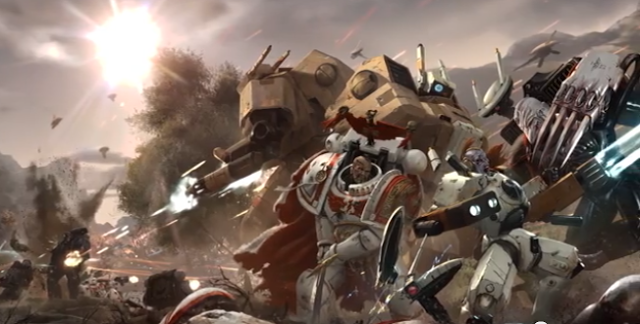 Tau are coming, and with this week and next week's releases still being mired in the Age of Sigmar, there is some speculation and rumors going around as to when we will start seeing the leaked new Tau models, and rumored codex. Here is the latest breakdowns and rumors as to what we will be seeing over through the next month.


Please take these as rumors, as he is trying to compile various rumors and conversations without sourcing, them into a single list on dakka, which makes it a little dubious.


via Chikout on Dakka
To the best of my knowledge here is what is coming.

Upcoming no time frame.
Horus box maybe late October. Possibly up for preorder on the 31st. Latest rumour suggests 2 box sets.
Assassin clam packs
Deathwatch
Genestealer cult
My speculation
Lord of change( this is more of a hope than a fact.)
A third age of sigmar faction before the end of the year.
Sad panda said not dwarves so maybe elves.


Previous Rumors
A much more accurate source had given us this. (these were already posted)
via anonymous sources on Faeit 212
I can confirm Tau are next out of the gates with at least 2 new battlesuits. A superheavy walker, the XV128 Stormsurge and a Stealthy HQ suit the XV95 Ghostkeel.

There is also the stand along Horus Heresy game that is on the horizon. Solid sources have said this previously
via anonymous sources on Faeit 212
The new 30k game, it will be a game like Space Hulk, potentially limited run, will be released around Oct