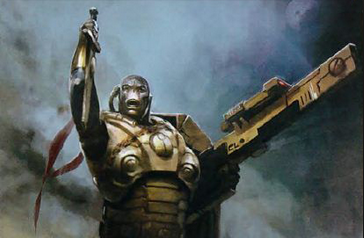 There are a couple Tau models that have seemed to of been moved from one section to another on the Games Workshop Webstore. I seem to remember something like this happening on the eve of the Astra Militarum releases, so could this be an indicator of changes coming?


I don't play Tau, so this could of happened some time ago, but it does appear in the image I grabbed off the GW. Cadre Fireblade and Gun Drones in the Troops section.

Could Fireblades become the new "other build" from a new Firewarrior box set? It's rumored to produce a second type of unit, and this would make sense.


via ak318 on the Bols Lounge (forums)
Default Tau force org changes
went on GW site found that both fireblade and gundrone squad have been moved into troops section. 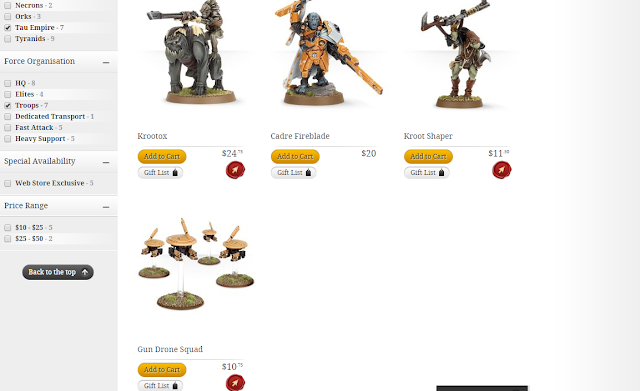