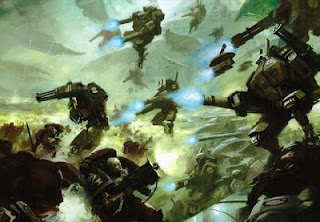 More sources of information are chiming on the order releases coming out over the next month, and I wanted to throw their comments into the mix so that we can get a better idea of what to expect.


Again these are rumors as we try and decipher what is coming. Here is a link to the previous conversation.
http://natfka.blogspot.com/2015/09/gws-release-schedule-for-next-month.html

I have no information on a 4th week of released and understand the new FW and Crisis suits will be released alongside the new units over the 3 weeks. Although i've been wrong on specific details before.