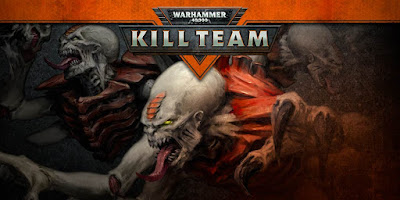 Writhing Shadow is up next and is the starting set for Tyranid Kill Teams. Of course it comes with more terrain and accessories that will help get your Tyranid Kill Team going. The new box set is available for pre-orders this weekend.


via the Warhammer Community team
https://www.warhammer-community.com/2018/07/25/25th-july-preview-the-writhing-shadowgw-homepage-post-1/


Kill Team Starter Sets improve your game in every way, giving you a little bit of everything you need to play Kill Team. Inside each, you’ll find lore, models and terrain, plus accessories to match your kill team – and it all costs less than getting the contents separately!
Yesterday, we previewed Drop Force Imperator – an Astra Militarum-themed set – while today, we’re checking out the Writhing Shadow – a must-have for all Tyranids Kill Team players. 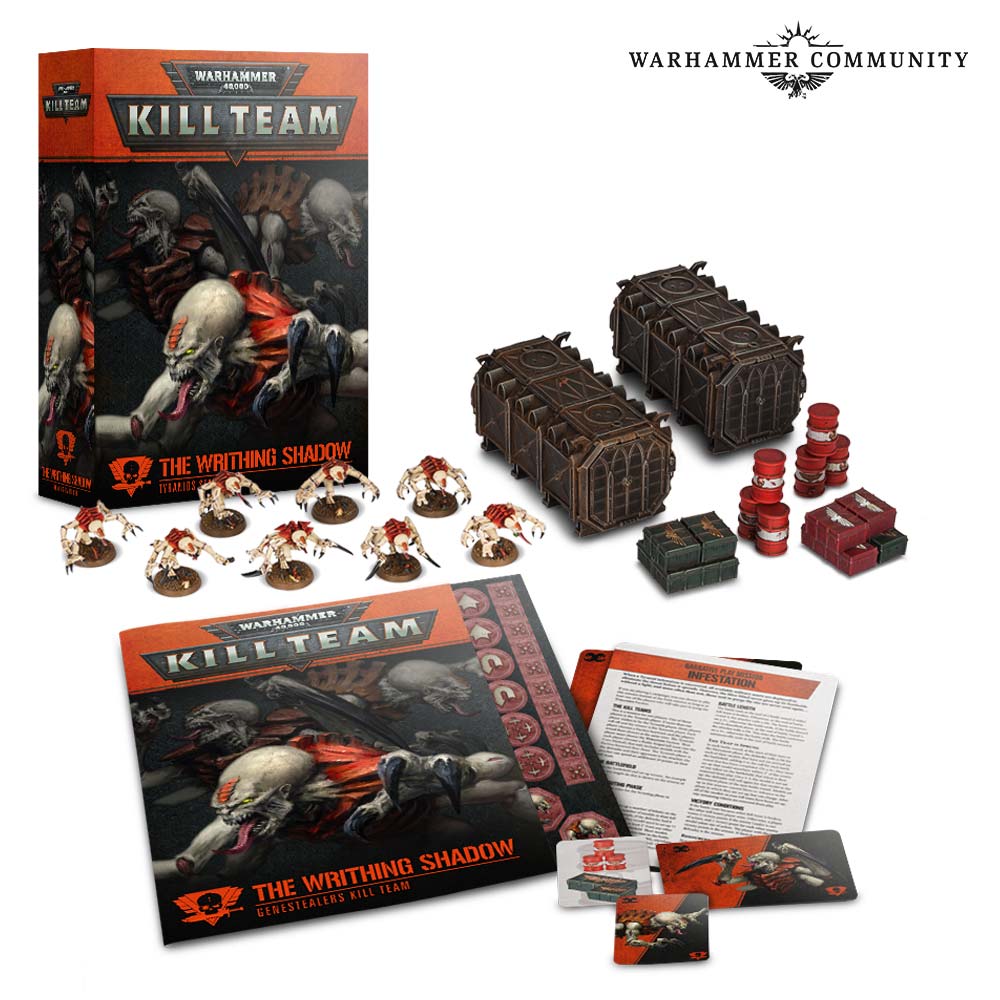 Perhaps unsurprisingly, the Writhing Shadow Starter Set contains the titular kill team – a ravenous pack of Genestealers on the hunt at the bidding of the Hive Mind. You’ll be able to use these to reinforce any Tyranids kill team of your own, while pre-filled fighter cards and an enclosed booklet looking at just who the Writhing Shadow are gives you loads of lore for your kill team straight out of the box.

Munitorum Armoured Containers – can you ever get enough of them? These ever-handy line-of-sight blockers are great Kill Team terrain – stack them up to make towering, scalable blocks for your snipers to perch on or scatter them around to quickly generate a labyrinth of improvised corridors. The Writhing Shadow set contains a couple of containers to add to your collection – combined with the Sector Munitorum Killzone, you’ll have a considerable collection with minimal effort. 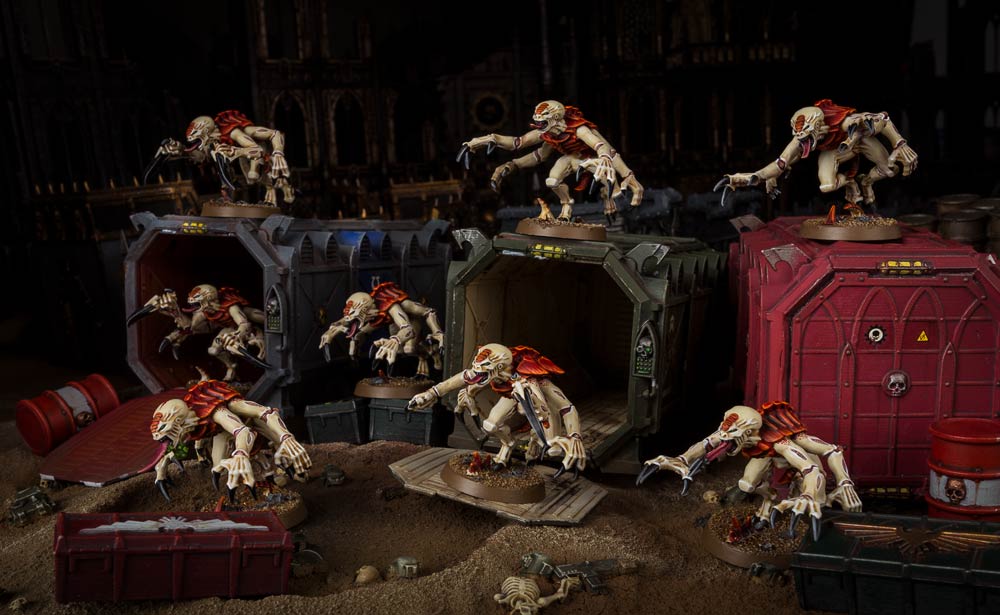 The Writhing Shadow set features cards for the six core Tyranids Tactics in the Kill Team Core Manual, as well as seven brand-new Tactics for you to try. Take Predatory Leap, for example – in the cover-dense battlefields of Kill Team, you’ll be able to use this Tactic to quite literally get the jump on your foe: 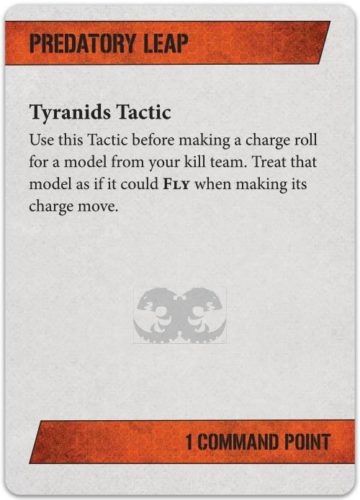 Implant Attack, meanwhile, all but guarantees you’ll take a key enemy fighter out of action. Nasty! 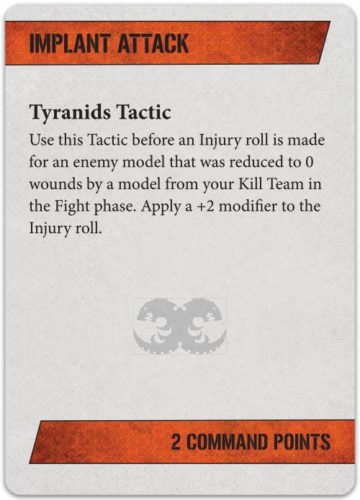 There’s even a unique Tactic that lets you turn the battlefield itself to your advantage – Dragged Into the Darkness: 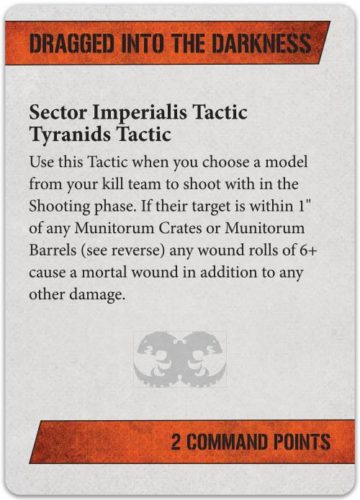 You won’t find these tactics anywhere else – if you’re looking to try them out, make sure to get the set!

Finally, the Writhing Shadow set features some Tyranids-themed tokens. Tokens are an invaluable part of Kill Team, allowing you to track at a glance what kind of state your Kill Team is in – whether you’re readied, shaken, have just charged or any more of a number of in-game effects. If you didn’t get the main Kill Team starter set, the token sheet in this box is invaluable, while if you did, you’ll find the Tyranid stylings match your kill team much better than say, the Adeptus Mechanicus tokens.