The Gellerpox Mutants is the name of the group opposing the Starstriders in Kill Team Rogue Trader. These guys look amazing and from the pics released from the Warhammer Community all these little bugs and small mutants, looks like a score.


Previously on Faeit 212
the next boxed game coming is killteam rogue trader.
Two new factions one nurgle based and one a rogue trader kill team
Box will have contents very similar to necromunda.

Really hoping that this comes out sooner than later. I am really wanting to get this box set. This looks amazing, and while Ive never been interested in starting a Nurgle army of any kind... this will be the first.

via an "Anonymous" poster on 4chan 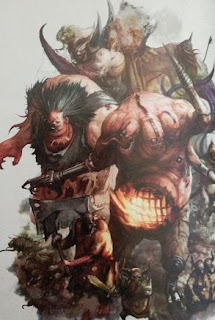 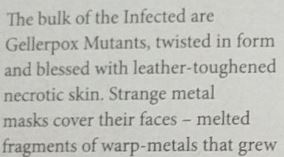