Deathwatch is your army? well today your covered when it comes to Kill Team. This looks like a great faction for Kill Team.


via the Warhammer Community
https://www.warhammer-community.com/2018/07/13/13th-july-kill-team-focus-deathwatchgw-homepage-post-1/


We’ve spent our last two Kill Team Focuses looking at the foul xenos – but what about slaying them? Fear not, faithful one – the Deathwatch are at hand. As the bold innovators who were fighting in kill teams before it was cool, they’re a worthy choice for those looking for an elite and adaptable force for their games of skirmish warfare… 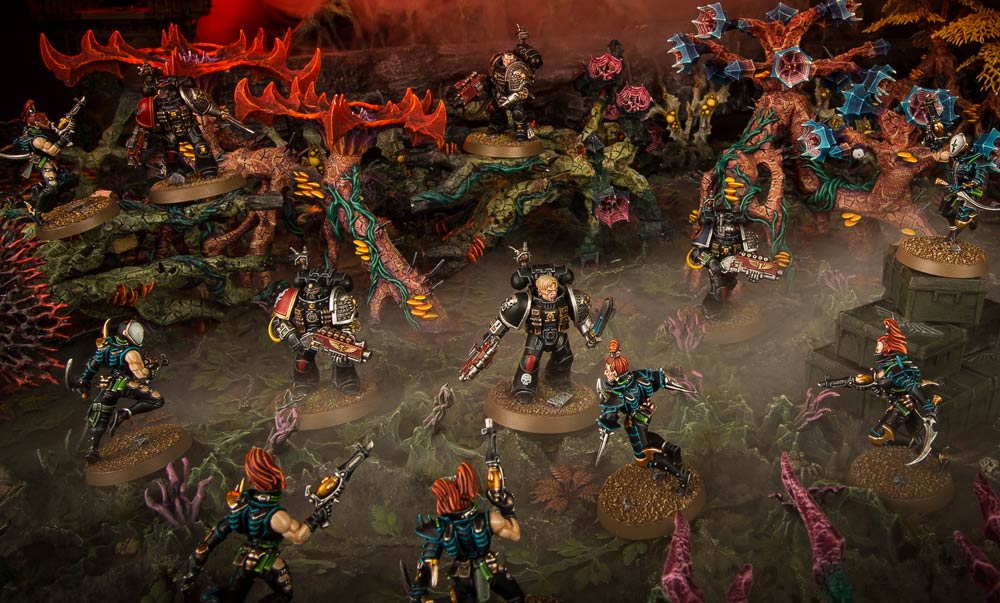 Deathwatch Veterans are the single most customisable unit in kill team – with a single kit, you’ll be able to build anything from heavy-weapons troops and backfield snipers to melee juggernauts. Even their bolters can fire several types of Special Issue Ammunition.

Deathwatch kill teams have a tiny model count, making them easy to collect and paint. If you’re looking for a small, specialised kill team that maintains flexibility, these are the guys for you.

Building a Deathwatch kill team is super rewarding from the perspective of lore – you’ll be able to really go to town tying each Space Marine to their individual Chapter.

Deathwatch Veterans can be equipped for pretty much anything, with all sorts of esoteric wargear like Deathwatch shotguns, Deathwatch frag cannons, heavy thunder hammers and more.

Combined with Special Issue Ammunition, Deathwatch Intercessors can adapt to slay any foe.

These guys are nearly as shooty as Intercessors, as well as boasting some mobility-boosting wargear and deadly prowess in close combat. 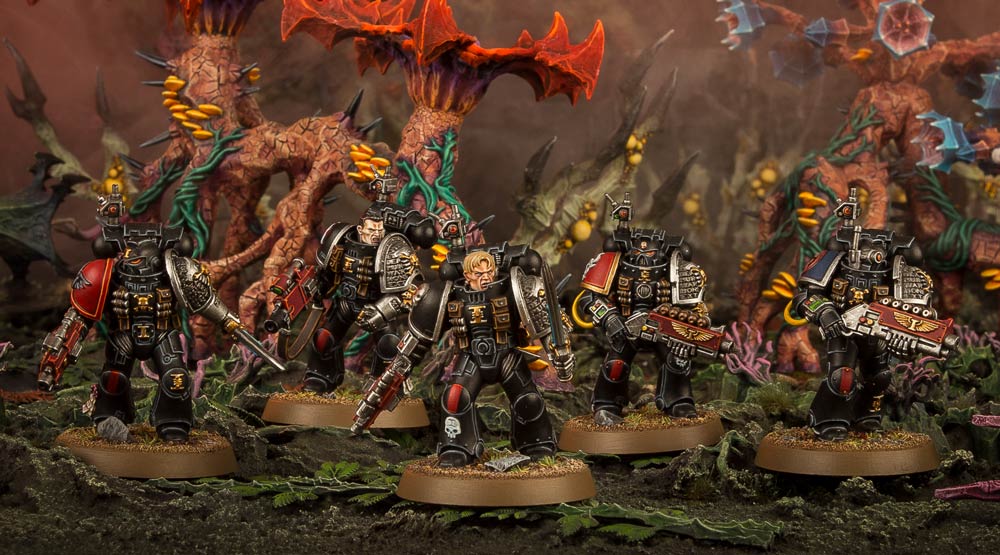 Nothing like a bit of friendly rivalry/bitter, centuries-old enmity. Pair up two heavy weapon-wielding gunners and turn their bickering into valuable re-rolls. 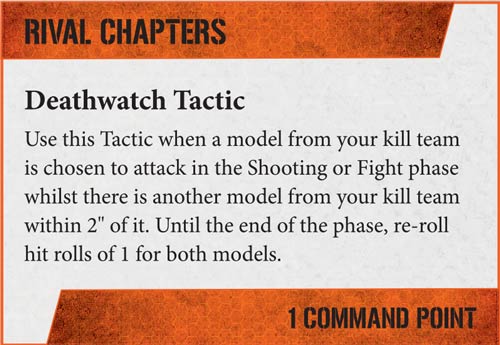 Struggling with enemy leaders? Not anymore! Just having this Tactic ready to go will force your enemy to think twice about putting their precious leader in harm’s way. 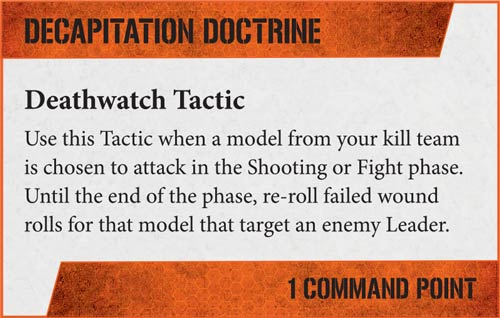 A Deathwatch Veterans set is the ideal place to kick off your kill team, allowing you to arm five Space Marines with a huge variety of advanced wargear and offering you loads of shoulder pads, guns and accessories to spice up the rest of your collection. Alternatively, go full-Primaris and grab a set of Intercessors along with some Deathwatch upgrades. 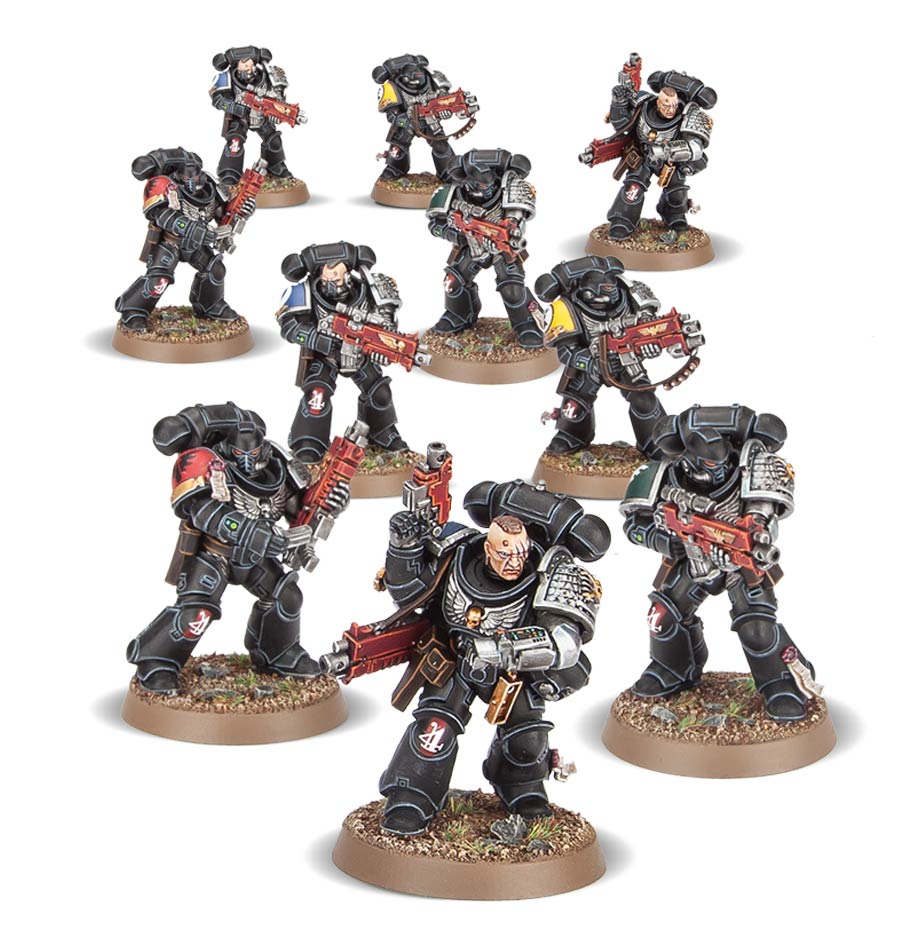 Come back tomorrow for our next Kill Team Focus, looking in an iconic and lethal adversary of the Deathwatch – the enigmatic Harlequins.