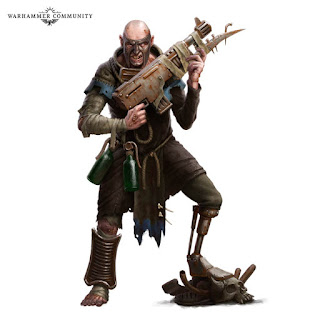 House Cawdor on your mind? This gang is coming soon, and I hear speculation that it will arrive right after the big Kill Team release. However, with little information on how this house will work in your Necromunda Games, here is the latest info.

A summary of the Warhammer TV interview with Andy Hoare by Ceri, taking a look at the House Cawdor

Some notes:
Candles on head
Cawdor largest house – is this reflected in gang size – yes to an extent, partly expressed in weapons – some reclaimed autoguns, not quite as good as brand new polished autogun bought off orlock autotrader. Fair to say they get a few more numbers, rubbish weapons.

In the scenario, does candle affect in the dark?