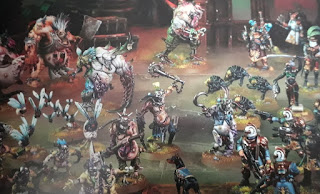 From the leaks and the releases for next week, it appears we will see small named groups "factions" for Kill Team. Rogue Trader Kill Team looks no different with the Elucidian Starstriders being the first Rogue Trader group.


Previously on Faeit 212
the next boxed game coming is killteam rogue trader.
Two new factions one nurgle based and one a rogue trader kill team
Box will have contents very similar to necromunda.


I really hope that models like these can get wrapped up into a codex of some kind. Death Cult Assassins, Rogue Traders, Cult Mechanicus agents.

New Images
via an "Anonymous" poster on 4chan 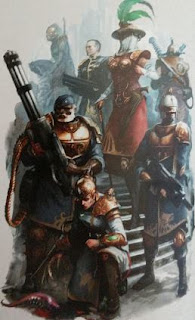 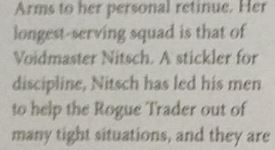