Harlequins are up next for the Kill Team previews. Since I have some of these already, like most Dark Eldar players do, I will most likely look long and hard at fielding these guys.


via the Warhammer Community
https://www.warhammer-community.com/2018/07/14/kill-team-focus-harlequins/


In today’s Kill Team Focus, we’re taking a closer look at these mysterious servants of the Laughing God, with a peek at why you might want to play them and their Tactics… 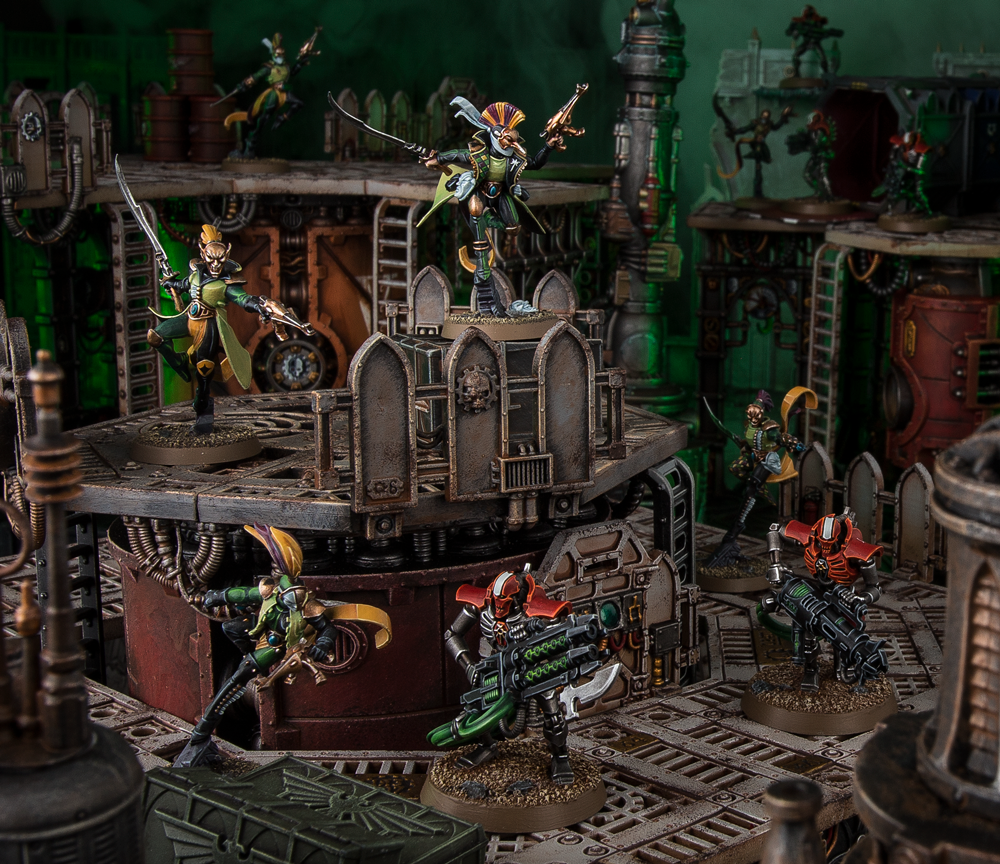 Harlequins are perhaps the most mobile kill team in the game, capable of moving through models and terrain as if they weren’t there – you’ll be able to dominate the battlefield no matter how tightly-packed it is.

Harlequins aren’t just fast – they’re elite, too. Your kill team will consist of about six or seven tooled-up Players – each a deadly champion in their own right.

Your Players have a terrifying variety of wargear to choose from – from armour-melting fusion pistols to the lethal harlequin’s kiss (it’s a lot less nice than it sounds).

Harlequin kill teams are made up entirely of individual Players from a Troupe – a versatile, highly customisable choice that you’ll be able to gear up for all sorts of close-quarters slaughter. 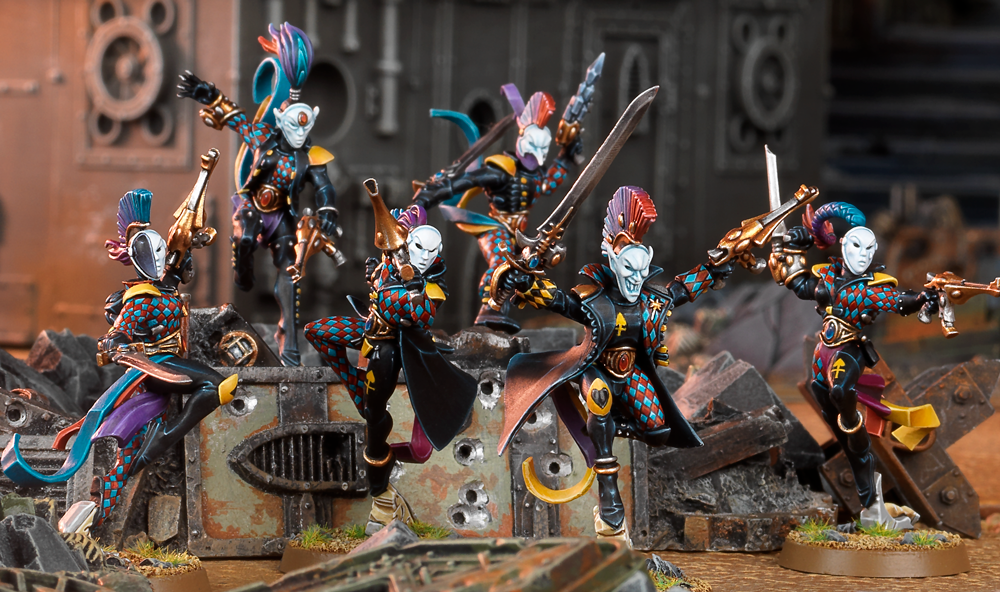 Need some insurance against pesky krak missiles when you’re closing in on the foe? Pop this Tactic to keep your key models safe. 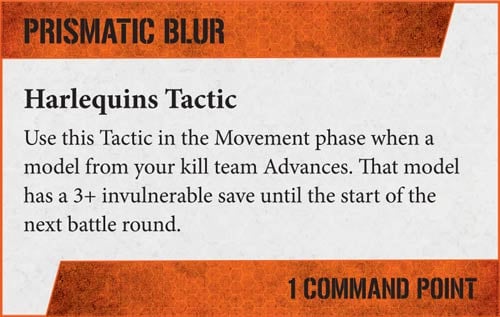 Nobody runs from the Harlequins – not without getting a shuriken in the back, at least… 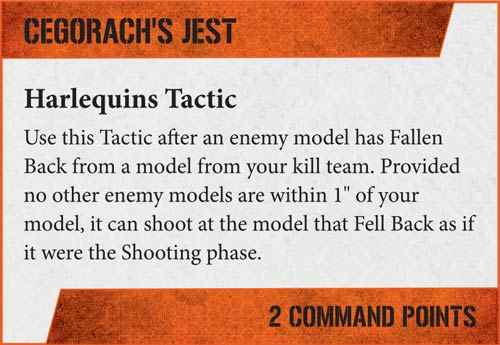 All you need for a Harlequins kill team is a Harlequin Troupe – inside, you’ll find all the players, guns and weapons you’ll need to assemble a killer squad of colourful murder-clowns.
Prefer to keep your foes at arm’s length? Check back tomorrow, when we’ll be taking a look at the carefully assembled strike forces of the T’au Empire…