Win this Deathwatch Army in the Summer 2018 Summer Raffles 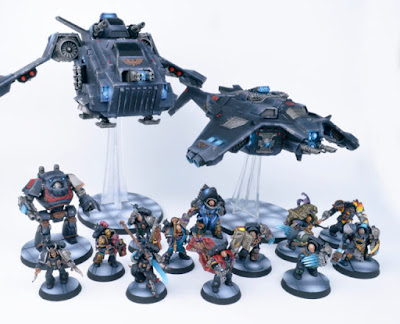 Deathwatch is one of those armies that quite a few people have started or want to start.... and this is your chance to get in the latest Raffle for a chance to win this army! This is a great army that can be used on its own, as the beginnings of a new larger army, or to add to your existing. There are some very unique conversions here by John Eteson.


Also remember that this is all for a great cause! This summer has an amazing list of raffles and the armies available this time around are just crazy good. You can see all of them here at this link
https://novaopenfoundation.org/

The Deathwatch Space Marines serve the Ordo Xenos of the Imperial Inquisition as its Chamber Militant, the warriors of last resort when the Inquisition needs access to firepower greater than the Imperial Guard or a team of its own Acolytes or even Throne Agents can provide. Across the galaxy there are innumerable hostile alien civilisations that threaten Mankind, from the green-skinned Orks, to the monstrous Tyranids, sadistic Dark Eldar, spectral C'tan, and undying Necrons. It is the sacred task of the Deathwatch to stand sentry against all of these terrible xenos races. They are ready to act when such ancient evils rise to threaten Mankind once more. The Space Marines of the Deathwatch form the first, and often only, line of defence against these inhuman horrors.

Unlike other Space Marines, the ones serving in the Deathwatch are not truly a separate Chapter of the Adeptus Astartes; rather, they are a collection of Veteran Space Marines drawn from all of the different extant Chapters who serve together in the Inquisition's service for a discrete period of time.

This is a truly unique army, loaded with many characterful conversions, and stands ready to conquer alien foes on the tabletop in your games of Warhammer 40,000.

NOCF extends its sincere appreciation to Josh and Alexander. This is the first year the Chapter of Hope team have provided their offerings - this amazing Deathwatch and the enormous Chapter of Hope Ultramarines. 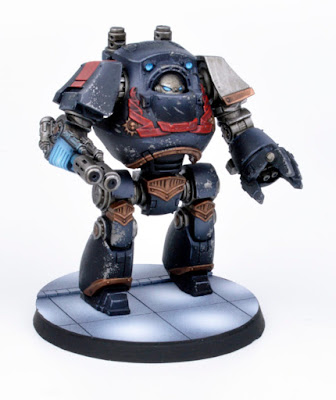 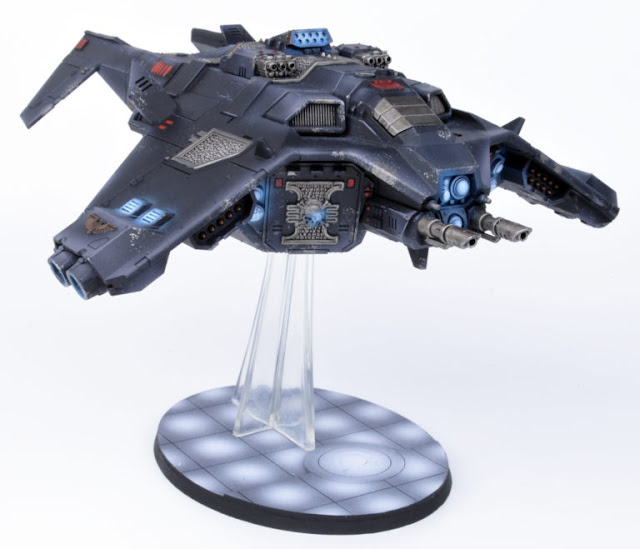 More of the NOCF Summer Raffles

The NOVA Open Charitable Foundation began operating in 2013. Its mission, as a non-profit, is fundraising to demonstrate the compassion and generosity of the world-wide tabletop wargamer community. To date, over $130,000 has been donated to numerous charities – primarily, Doctors Without Borders/Medecins Sans Frontieres, Breast Cancer Research Foundation, and Fisher House Foundation.
This summer’s TWENTY-TWO (22) SUMMER RAFFLES will focus on those three amazing charities.

12 MODELS YOU WILL TREASURE FOREVER