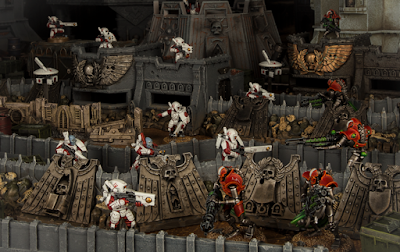 Now we have the Tau preview for Kill Team! Grab your guns.

via the Warhammer Community
https://www.warhammer-community.com/2018/07/15/15th-july-kill-team-focus-tau-empiregw-homepage-post-1/

Guess what? The T’au are really, really good at shooting – who knew? Every single gun in your team, from pulse carbines to rail rifles, is deadly.

Like in Warhammer 40,000, T’au can support each other with overwatch fire, making charging them a terrifying prospect.

With four units and seven(!) Drones to choose from, kill teams from the T’au Empire can be customised to a huge extent, allowing you to tailor your strategies to a tee.

Durable, brave and armed with deadly pulse rifles, these guys are the core of your kill teams.

In the close confines of Kill Team, the pulse blasters wielded by these warriors are powerful indeed.

Providing markerlight support and special weapons to your Kill Team, you can never go wrong with a few Pathfinders.

For more elite T’au Empire kill teams, these suits are hard to hit, hard to kill and pack a LOT of firepower with their burst cannons. 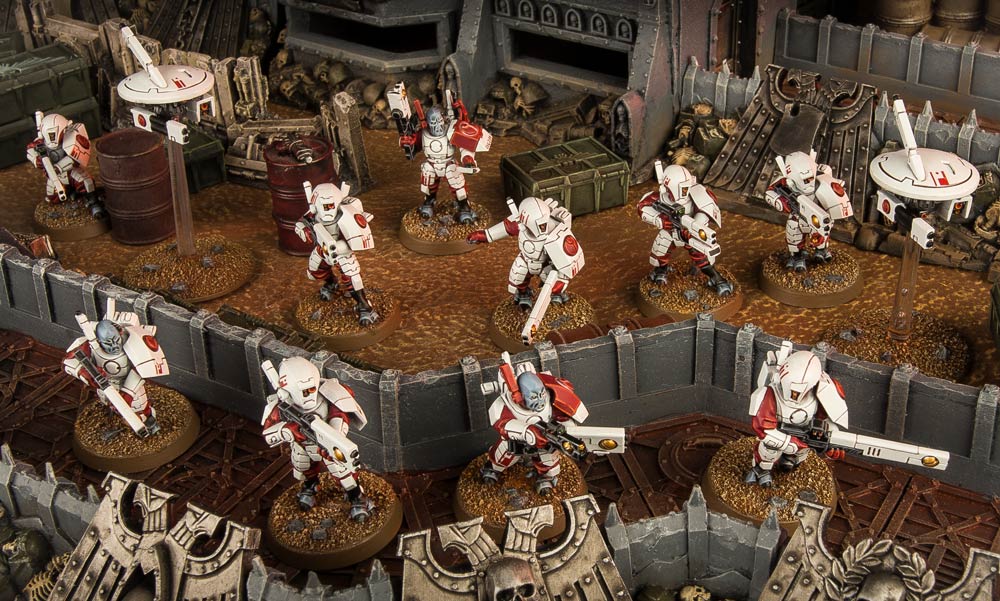 Allowing you to stack 2-4 markerlights on an enemy in a single shot, this Tactic is great for taking down enemy elites and Leaders. 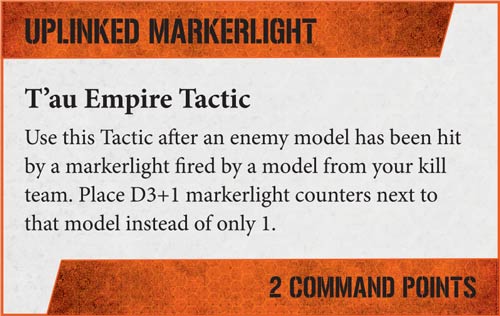 Are your foes hunkering down in cover? Punish them with this deadly tactic. 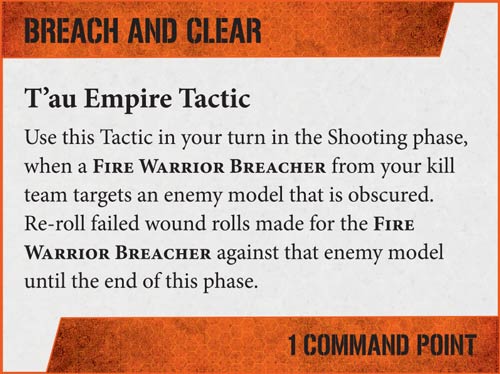 With a host of handy Drones, Pathfinders and special weapons, you’ll want to kick off your T’au Empire kill team with a set of Pathfinders, while if you’re looking for a super-elite force, you could get started with some XV25 Stealth Battlesuits. 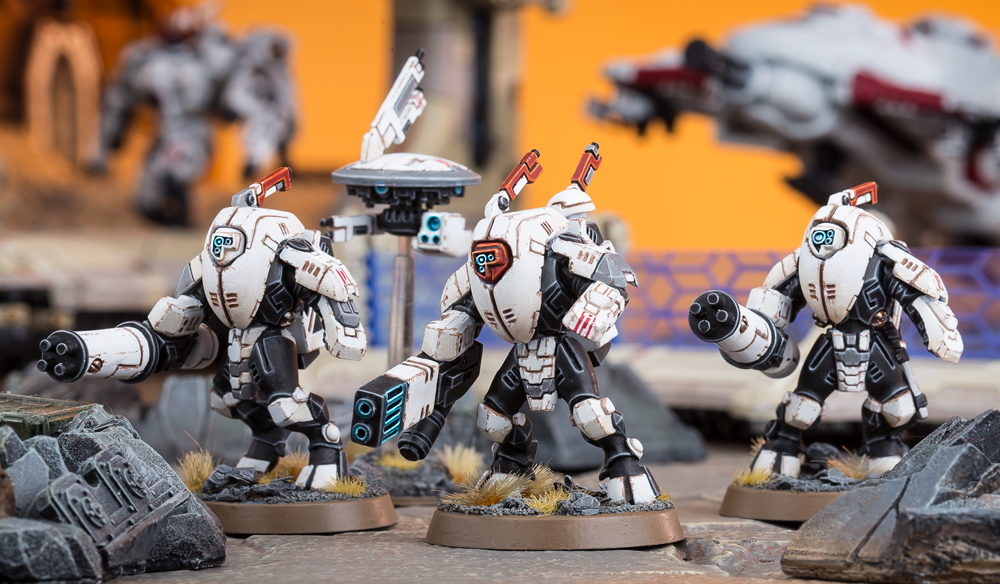