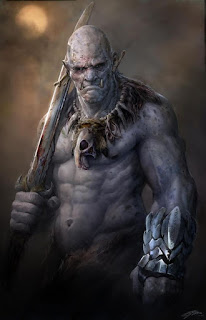 Its time to allow access to the Humanoid Primarius. This is the racial builder for Humanoids during the first age for the Genesys Project. This is a rough draft, and some dedicated people have volunteered to help with editing, graphics, playtesting, and even translating the game into Spanish. This project is quite big, and has many of its parts in the works, with more coming later this week. More testing on the racial builds, game testing, artists that would like to contribute, are welcome to contact me.


Genesys is a tabletop game unlike any other. Its a game system that allows you to create your own race and evolve it through the Ages of Genesys. Its one game system for all three ages, taking you from the beginnings of your race (a fantasy like setting), all the way through more modern times to futuristic. There is even an end game being worked on where you can attempt to transcend the last days of the Universe. Every game matters, and pushes your race forward towards new horizons and discoveries.

While there are 5 Domains of Life in the works, the Humanoid Races are first up to explore, and include a tremendous amount of variability that we would normally see in a game. Racial Variants for Humanoids include races that easily fit into Giants, Dwarves, Orcs, Trolls, Elves, and many more.

The Humanoids Races enter the Genesys Project from beyond, with the arrival of the Creator Races.
As it is written in the Archives of the Historians;
The Creators came from beyond the silence of space and time. The stars were ripe with the building blocks of life, and the planets fertile in waiting. They seeded their own genetic material to grow and evolve, to be shaped by the young worlds they had found. They were our fathers and our Gods. This was the beginning of all things; this was our Genesis.

Each world was seeded with enough genetic material necessary for its growth and development. While all were seeded similarly, each world was left to develop independent of the others, with their own unique variables, and its own variation bestowed by the seeds of life.

The Genesis Worlds were connected at birth, tied together by the original genetic codes that were implanted by the creators, and ultimately made unique by the processes of time and evolution. For while we are all connected by the Creator Species, what we are today is a mix of genetic mutation, environmental adaptation, and the influences from knowledge and science.

The Genesis Project was perhaps the greatest endeavor ever known by the Gods, the Creators, but our existence was not to be the Eden of paradise meant for us.

The Genesis Worlds’ histories are fraught with times of tribulation and war, ultimately culminating in the threat of complete universal annihilation; during these times mere survival is a constant struggle. These ages of birth, upheaval, and death define our history through the most critical of moments, as we once again leave our history behind us, and ponder what is yet to come.

So how do we take on such a monumental challenge for a game.

So please if you spend sometime to make a race. Shoot me some results if you have time.
natfka@live.com

This pdf contains what you need to create your race. There are a couple sections that are being refined and caught up to the current version of the game. These include the Armory (where weapons and equipment are handled, Powers (arcane and faith powers), and Machines of War (vehicles, and more)

The future release schedule for Genesys looks like this.
1. Later this week. Campaign rules. which will show how games effect your race and how you progress.

2. Next week sometime, the missing sections will start to be added to the Humanoid Primarius.

3. Early July: Core Game Rules. So that you can take your races onto the tabletop.
6/27/2016
Natfka
The Genesys Project