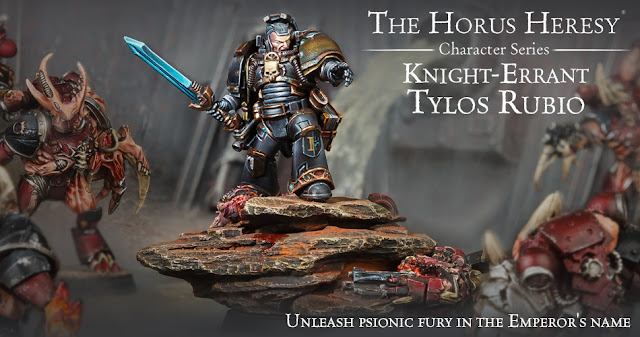 New from the Character Series from Forgeworld is Knight Errant Tylos Rubio. Alongside him today is a Blackshields Transfer sheet and several bundles, including Masterclass paint collections.

Knight Errant Tylos Rubio
Tylos Rubio, erstwhile Librarian of the Legiones Astartes Ultramarines, was the first to be recruited into the Knights-Errant by Nathaniel Garro, who upon the Sigillite’s order travelled across the entire Imperium to reach Calth at the very moment of the Word Bearers’ betrayal of the Calth Conjunction.

Upon joining the Knights- Errant, Tylos Rubio renounced not just his Legion, but the Edict of Nikaea, donning a psychic hood and taking up his force sword once more. In the battles to come, the ability to predict and counter the powers of the Warp would prove as valuable to the Sigillite’s cause as a thousand boltguns.

Knight-Errant Tylos Rubio is part of the Horus Heresy Character Series. A powerful psyker, Rubio is equipped with a paragon bolter and psychic-hood, and wields a force-sword which he has learned to use as a channel for his psionic fury in battle. 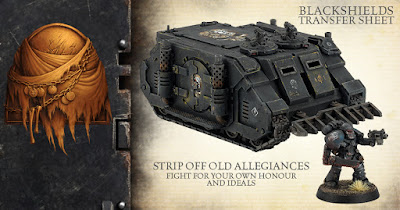 Blackshields Transfer Sheet
The term ‘Blackshield’ came to be used during the Horus Heresy and was used to cover a wide range of Space Marine outcasts, marauders and those Legiones Astartes of uncertain allegiances or origin. Some deliberately scoured their old heraldry from their armour, whilst others replaced it with some false device or heraldry of their own; their name of Blackshield was often a literal description for armour over-masked or simply scorched black.


Filled with insignia and squad markings, this A4 sheet is packed with transfers for your Blackshields army. The symbols included are those of various identified hosts, covenants and warbands identified during the Age of Darkness. 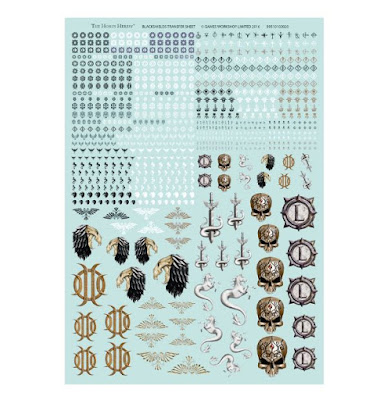