Age of Sigmar Point Leaks from the Generals Handbook 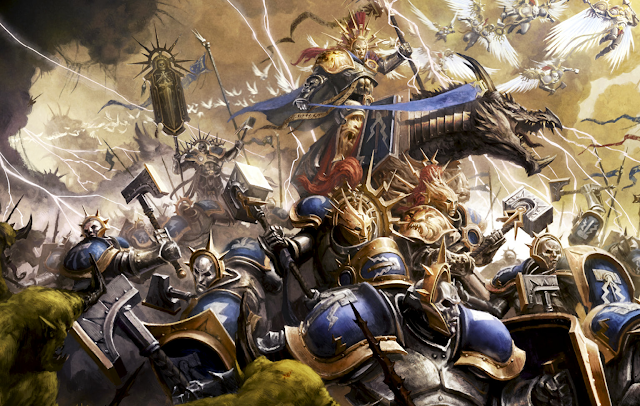 There were leaked last night, and gives us a first look at what the points system will look like for the Age of Sigmar. 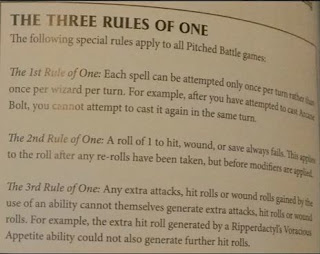 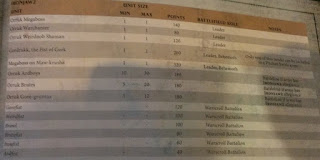 Put together via shinros on Dakka
Now this text is rumors from /tg take it with a grain of salt but the image is real. From grand alliance. Props to Bass924.

In addition to the above pic, here are the rest of the rumors so far courtesy of /tg/:

"All units have an assigned role.
Leader, Battleline, Behemoth, Artillery, no role.
Depending on points you play you are required/limited on number of units of each type you can take. Lets say we play 1000pts battle.
In that case you are required to take
2+ Battleline units
1-4 Leaders
0-2 Behemoths
0-2 Artillery
Any number of no role units

Some units have both types so they take up both slots at once.
Some units can become battleline if you take specific leader

Somehow I missed the part about summoning while taking photos but as far as I remember it works along the lines:
We play 1000 pts battle
You can decide to spent any of those points on summoning. So lets say you take 700 points on field and 300 points are "held in reserve: as summoning.
You summon any unit within said 300 points limit later in game. Points are used for summon so no recycling.

Armies build entirely of one Alliance are given extra rule. Generals can take 1 extra ability out of 6 predefined ones. Also there are 6 artefacts that can be taken by heroes at no additional cost.

Each alliance has its own set of
1 Battle Trait
6 Command Traits for your general
6 Artefacts that "any (non-unique) hero can be given one..."

(order artifacts. chose one, no roll)
1. Attack in combat before anyone else (one use potion)
2. Improve Rend by 1, not for mounts
3. +1 Damage for one weapon
4. -1 to To Hit for enemies you wounded (for rest of battle)
5. Once per battle -1 to Hit for all enemies agains model with this artefact
6. Heal 1 wound in each of your hero phases. "

NO POINTS or battlefield roles for any forge world units in the book.
Plus ironjaws pic attatched got posted.