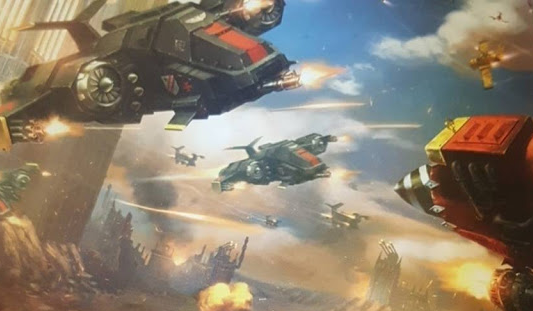 Next weeks pre-orders are 3 new box set games called Stormcloud Attack. Each box set puts two fighters up against each other, including Space Marines vs Chaos Marines, Eldar vs Orks, and Tau vs Necrons. Dogfights in the 41st Millennium


Thanks aracerssx for linking us up!