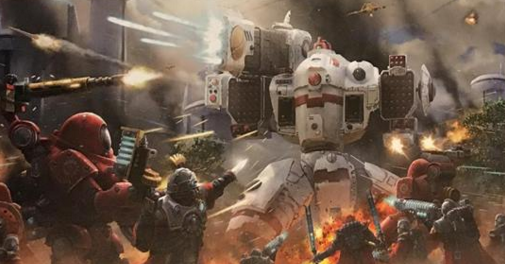 Worried about what the new changes to White Dwarf will mean for your own personal subscriptions to White Dwarf and Visions? Here are some answers when GW was called and asked.


via a reader on Faeit 212
Hey, got off the phone with GW about my WD and Visions sub, which I'd just
renewed two issues ago. Pretty stoked, and GW being VERY kind. Basically
both Visions and WD are combining into one monthly mag beginning in
September, so last Visions issue is July, and last WDs by end of July too.

No mags in August. First monthly issue in September (combining both mags
again into one).

Here's what's great, basically my Visions sub rolls over
into the new one, second they take the number of issues of WD I have
remaining and divide by four and that is the additional number of months I
get the new mag, PLUS I think an additional 3 months (something like that).

So what was basically a one year sub to both mags, turned into 30 months of
the new mag beginning September not counting the mags in July. Of course it
saves them shipping, but super happy to have a 2 1/2 year subscription.

NOTE: I'd keep an eye on a later change up again in which they pull
something, change the mag again, etc., but right now looks promising. Also,
while I enjoyed a weekly mag, and a single mag for photos of minis like
Visions, it is simpler for me to have one monthly mag (until I got a sub I
was hitting the local shop up every Saturday morning to get one before they
sold, and due to distribution issues often it never came in at all...
lame).

I think having a subscription is great, the new single monthly will
be boss, and they're offering a cool deal right now to new subscribers:)
6/16/2016
Natfka
Games Workshop, Gaming News, News Headlines, White Dwarf