The Battle for Xilos Now Available 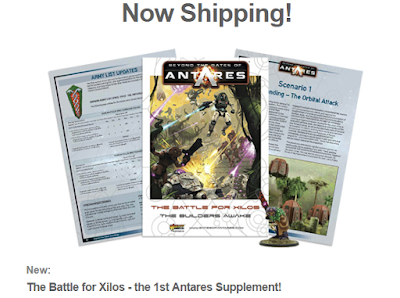 The Battle for Xilos is the first supplement for Beyond the Gates of Antares. It comes with new characters, a new alien race (revealed earlier today), new characters and much more. This is a time to check out this game if you have not already. 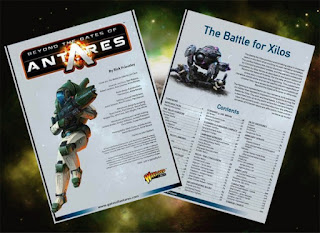 If you happened to miss our exclusive look at the Tsan Ra earlier today, its not something you want to miss. A huge thanks to Warlord Games for this exclusive look!
http://natfka.blogspot.com/2016/06/exclusive-preview-of-tsan-ra-beyond.html

Preparation for the online Gates of Antares campaign is moving into overdrive as we prepare for imminent arrival of the first narrative supplement book – The Battle for Xilos – available to Order from today!