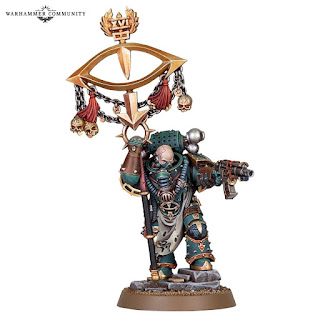 Maloghurst was shown this morning as coming soon from Forgeworld for the Horus Heresy. The miniature looks very good.
via WarCom
https://www.warhammer-community.com/2021/04/15/meet-the-true-power-behind-the-warmasters-throne/

Maloghurst was a veteran legionary that served the Luna Wolves and Sons of Horus throughout numerous campaigns during the Great Crusade, earning the nickname ‘Twisted’ due to his formidable mind. The title took on a cruel double meaning when enemy forces shot down his transport during the pacification of planet 63-19, and he was left badly injured.* Afterwards, Horus sent a communique to the entire Legion banning the usage of unkind nicknames.**
When the heresy kicked off, Maloghurst proved himself to be one of the Warmaster’s closest confidants.*** While his injuries meant that he could no longer fulfil the role of frontline warrior, he was awarded the honour of carrying Horus’ personal icon.****

The model perfectly encapsulates Maloghurst as he was at the beginning of the Horus Heresy. As you’ll see from his rules in The Horus Heresy Book Two – Massacre, he opens up some unique army building options for your Sons of Horus army.
Maloghurst the Twisted will be available to pre-order soon. Get your Sons of Horus force ready by grabbing some Reavers for him to command.